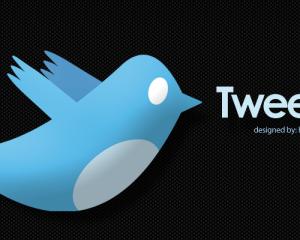 NASA will invite 25 of its U.S. Twitter followers (@NASA) to a Tweetup expected to culminate in the launch of the first of a new generation of Earth-observing satellites from Vandenberg Air Force Base (VAFB) in California.

During Tweetup activities on Oct. 24, participants will tour Vandenberg’s launch facilities; speak with agency and NPP mission scientists and managers; and interact with each other and NASA’s social media team. For the early-morning rocket launch, participants will watch from a special viewing section that will include a pre-launch concert by “Mobility” from the United States Air Force Band of the Golden West.

Vandenberg is headquarters for the 30th Space Wing, which manages space and missile testing for the Department of Defense and places satellites into polar orbit from the West Coast using expendable boosters.

Registration opens at noon EDT (9 a.m. PDT) on Tuesday, Sept. 13, and closes at 5 p.m. EDT (2 p.m. PDT) on Thursday, Sept. 15. NASA will randomly select 25 participants and create a waiting list. Because this event takes place on an Air Force base with restricted areas, registration is limited to U.S. citizens.

Launch management for the mission is the responsibility of NASA’s Launch Services Program at the Kennedy Space Center in Florida.

For more information about the Tweetup and to register, visit:

For information about connecting and collaborating with NASA, visit:

For information about the NPP mission, visit: