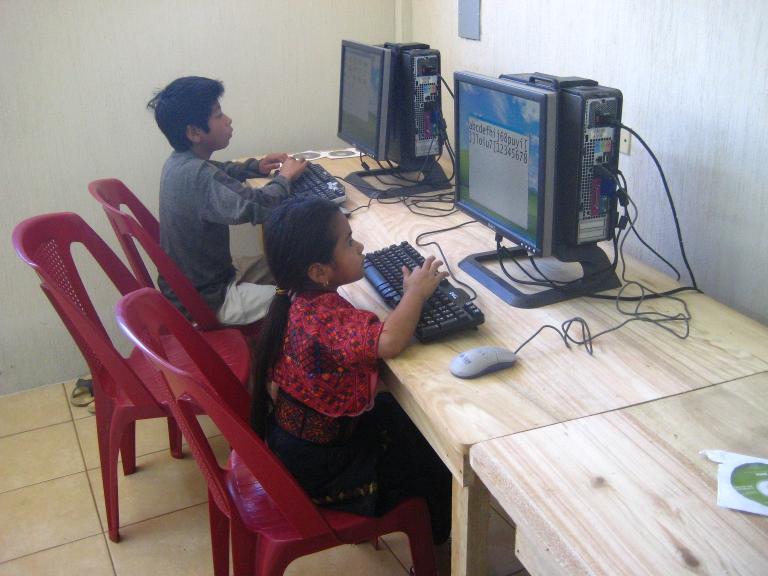 In poverty-stricken indigenous Boca Costa de Sololá in Guatemala, the average family barely survives through coffee-farming and lives on less than $2 per day, but the community is on its way to higher quality of life thanks to the first Tech Center in the area

With the 6th highest rate of malnutrition in the world, Guatemala is one of the poorest countries in Latin America. The situation is worse in its rural areas where the native ethnic groups are concentrated. While these indigenous groups make up 60% of the country’s population, they suffer from up to 70% illiteracy. However, Roots & Wings International (RWI), a non-profit focused on promoting economic development in rural Guatemala through education, training and technology, is helping rural Guatemala eradicate poverty by providing educational opportunities and access to technology.

Based in Spokane, Washington, RWI has an office in the village of Pasac in Nahuala, Sololá, approximately 3.5 hours southwest of Guatemala City, and serves over a dozen rural communities in their native language, K’iche’. In the surrounding area of Boca Costa de Sololá, computers are hardly accessible, but thanks to a donation from the energy company TECO Guatemala, RWI opened the first Tech Center in the area in November 2010.

Named RWI’s Learning Center, the 1,076-square-foot building provides the local youth with the equipment and tools needed to learn critical computer skills, bridge the digital divide and ultimately help improve the quality of life in Sololá.

Equipped with 30 computers, the Learning Center:

“We are thrilled with the construction of the Learning Center, but our work is far from finished,” says Erik Swanson, founder and director of RWI. “Now the challenge is to continue raising funds to provide services to our students and the several thousand villagers we serve and ensure Internet access to the community. For the price of a cup of coffee, anyone can give the gift of computer literacy to an indigenous Guatemalan student.”

RWI has several donation programs including monthly contributions, making a one-time donation, naming a scholarship, corporate gift matching, buying Guatemalan-made coffee, shopping at Amazon for the cause, volunteering with skills and time and starting a fundraiser.

To learn more about the Center and the different opportunities to donate, visit http://www.rootsandwingsintl.org/programs/learning-center.htm.

RWI was created in 2004 by Erik Swanson, a business attorney at Bullivant Houser Bailey PC, then the director of a high school in rural Guatemala. The mission was to improve the lives of Guatemala’s indigenous population through education, training and technology. Thanks to the support of individuals and corporate sponsors, RWI has been able to develop three different programs – University Scholarships, Computer Literacy and After-School Tutoring – to help the students from rural Guatemala work towards the development of their native communities. To learn more, visit http://www.rootsandwingsintl.org.