First look video for ABC’s Fall line-up: Once Upon A Time and Charlie’s Angels 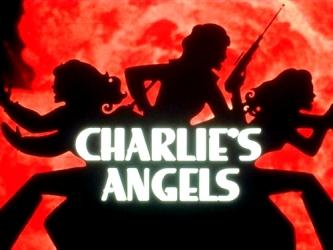 RushPRnews offers you a  first look at ABC’s newly announced dramas, Once Upon a Time and Charlie’s Angels. Both shows will be broadcast on the ABC network this Fall.

ABC just announced this morning that they will be picking up Charlie’s Angels, a big, loud, fun take on the 1970’s smash hit series, and Once Upon A Time, a modern day fairytale from two of Lost’s master storytellers for their fall line up. They wanted to provide our entertainment bloggers with exclusive videos for you to report on and discuss the shows and stars.

Download the Once Upon A Time video now at: http://www.youtube.com/watch?v=yz9VFa7Z6Y0

Leave feedback and let us know how excited, or not, you are about these upcoming shows.

Everyone deserves a second chance.  Even a thief, a street racer and a cop who got in a little too deep.  After all, the three women who solve cases for their elusive boss Charlie Townsend are no saints – they’re angels… Charlie’s Angels.

This big, loud, fun take on the 1970’s smash hit series introduces us to three new angels, all fearless operatives, head-turning beauties and close friends.  There’s Abby (Rachael Taylor) a Park Avenue Princess who became a world-class thief.  Then there’s Kate (Annie Ilonzeh), a Miami cop who fell from grace, losing both her career and her fiance.  Finally there’s Gloria, a disgraced army lieutenant who has a way with explosives.  When one of the angels’ missions ends in Gloria’s tragic death, Charlie persuades them to partner with Gloria’s childhood friend, Eve (Minka Kelly), a street racer with a mysterious past.  They may not know each other yet, but one thing’s for sure–Abby, Kate and Eve will always have each other’s backs.

SHORT:
Get ready for the knockout hit of the year.  Charlie’s Angels is back and hotter than ever.  Meet three ex-bad girls who are earning their wings by busting the really bad guys.  Together with legendary producer Leonard Goldberg and Drew Barrymore, Smallville‘s Alfred Gough and Miles Millar re-imagine the popular 1970’s series with more action, more eye candy and more heart than ever before.

Edward Kitsis and Adam Horowitz (Lost, Tron: Legacy) invite you to a bold new vision of the world where fairytales and the modern day are about to collide.

Anna Swan (Jennifer Morrison) knows how to take care of herself.  She’s a 28-year old bail bonds collector who’s been on her own ever since she was abandoned as a baby.  But when the son she gave up years ago finds her, everything will change.  Henry (Jared Gilmore) is 10 years old now and in desperate need of Anna’s help.  Henry believes that Anna actually comes from an alternate world… and is Prince Charming (Josh Dallas) and Snow White’s (Ginnifer Goodwin) missing daughter.  According to his book of fairytales, they sent her away to protect her from the Evil Queen’s (Lana Parilla) curse, which trapped the fairytale world forever, frozen in time.  Of course Anna doesn’t believe a word, but when she brings Henry back to Storybrooke, she finds herself drawn to this unusual boy and his strange New England town.  Concerned for Henry, she decides to stay for a while, but she soon suspects that Storybrooke is more than it seems.  It’s a place where magic has been forgotten, but is still powerfully close… where fairytale characters are alive, even though they don’t remember who they once were–including the Evil Queen who is now Henry’s foster mother.  The epic battle for the future of all worlds is beginning, but for good to win, Anna will have to accept her destiny and fight like hell.

Brace yourself for a modern fable with thrilling twists and hints of darkness.  Brimming with wonder, and filled with the magic of our most beloved fairytales, Once Upon A Time is a fitting follow up to Lost from two master storytellers.

SHORT:
Welcome to a world where fairytales are real.  Anna Swan is like any other 28 year old, until she discovers she’s a lost princess destined to save her world from darkness.  Experience the passion project of executive producers/creators Edward Kitsis and Adam Horowitz (Lost, Tron).  Once Upon A Time is a thrilling twist of our most beloved stories.