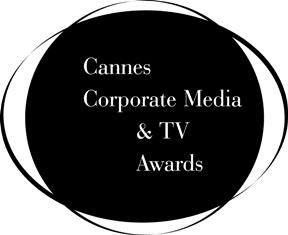 New categories and special participating rates are available.
Submissions are due until June 17th, 2011.

Starting with 2011, the creative works can be submitted in “Corporate Films“ and “Informational Films“, which are now separated into two different categories under the “Corporate Films and Videos“ Main Group Category, as well as in the “Best Script“ within the “Production Arts & Crafts“ section. The Cannes Corporate Media & TV Awards continue to offer a unique opportunity to all films and videos with a critical view on the general corporate world to compete in the “Anti-Corporate Films and Videos“ category.

“Our aim for this edition is to give our Festival even more international dimension than it has already demonstrated in 2010. We are working very hard to follow up on the success we registered last year and to prove that Cannes Corporate Media & TV Awards are the place for the world’s best corporate films.“ Festival Director Alexander V. Kammel stated.

Students from all over the world are again encouraged to take part in the competition, benefiting from a 50% rebate from the initial costs. This year, cumulative special rates are also available if you have already entered a film in one of the Filmservice International Festivals, namely the AutoVision Festival, the Internationale Wirtschaftsfilmtage or the Österreichischer Staatspreis Wirtschaftsfilm. For more info please visit our Rules and Regulations.

Participants can enter their works in 35 categories, from which the main five are: Corporate Films and Videos; TV Documentaries and Reports (short and long format); On-line Media; Anti-Corporate Films and Videos and Production Arts & Crafts. The best films are rewarded with the Golden, Silver or Black Dolphins. An international Jury will select the “Grand Prix“, the White Dolphin, out of the Gold Winners.

The Awards Gala of the much sought-after Dolphins trophies takes place in Cannes in October 2011. Last year Pieter-Rim de Kroon’s fascinating portrait of the Nolet Distillery “A Timeless Mystery“ was not only a Gold Winner in the “Marketing“ Category but was also awarded two “Black Dolphins“ in the “Production Arts & Crafts“ Category for “Best Music“ and “Best Direction“. Above all, “A Timeless Mystery“ was awarded the “Grand Prix“, the highest honor of Cannes Corporate Media & TV Awards. All previous winners and online streams of the Gold Winners 2010 can be found on our website.

Submissions to the Festival are eligible if the films have been aired, produced or posted online after January 1st, 2009. Each submission has to be entered via online-registration, which can be found on our Website. Deadline for all entries is June 17th, 2011. For further information on participation and our categories please visit www.cannescorporate.com.

The race for the coveting Dolphins trophies has already begun! Cannes Corporate Media & TV Awards are looking forward to receiving your creative entries and wish all applicants the very best!