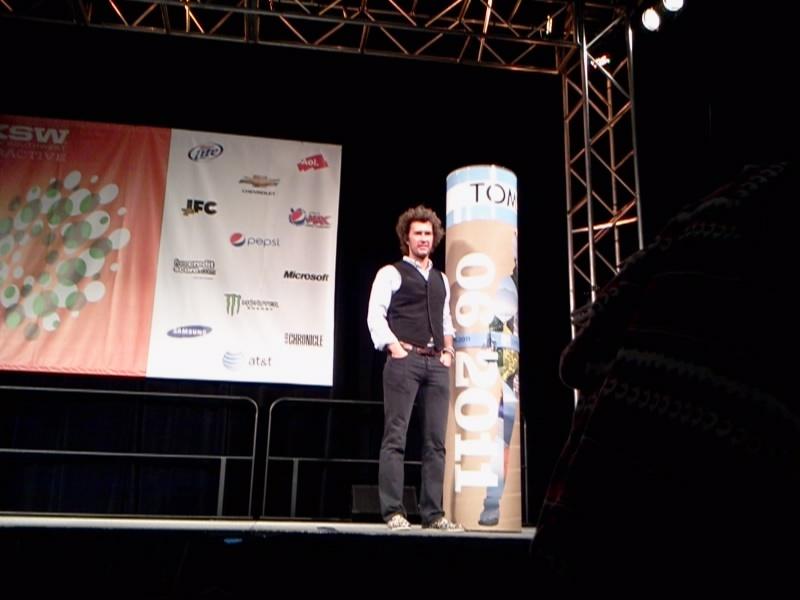 #SXSW Tom’s Shoes – Dear readers, these are my notes jolted down during Blake Mycoskie’s panel at South by Southwest.

What is the One for One Movement? In 2006, while visiting Argentina, Blake Mycoskie witnessed abject poverty and was particularly touched by the plight of children. Noticing that many of them wore no shoes to protect their feet, Blake upon his returns to his home in Arlington, Texas founded TOMS Shoes, a company that would match every pair of shoes purchased with a pair of new shoes given to a child in need. The first year, with the endorsement of very influential mainstream media, such as Vogue magazine and the purchase of shoes from its customers, he returned to Argentina and delivered 10,000 pairs of shoes. A movement was born.

Blake main point is that, “once you are seriously and honestly giving back to your community, your customers will become your biggest supporters. Be sincere, transparent, share your story.”

Blake spoke of sustainable giving encouraging to “Find a way to allow your employees to incorporate giving back into their work schedule. You will get them excited, and will attract the best team. And business partners will also step up to the challenge.”

According to Blake, “Giving does not just feel good, but it’s also very good for business, consider incorporate giving into your business model.”

Answering a question too often asked, Blake said,”there is no Tom. It stands for tomorrow, as in better tomorrows.”

About tomorrow, what is coming up for Tom’s Shoes?   As he pointed to a giant stand/box which he had been standing next to during his talk, Blake said that a new project will be revealed June 7, 2011, adding “The truth is what’s inside this box is not nearly as important as what is represents.” He said “TOMS is no longer a shoe company, it’s a One-for-One company.” Tom’s Shoes has covered quite many miles from its 2006’s first drop of 10,000 shoes in Argentina to today’s international appeal and impact.