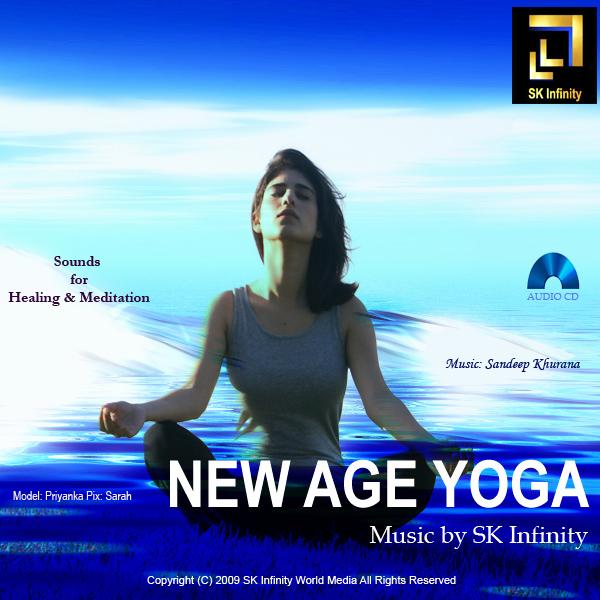 California based music producer and documentary film maker Sandeep Khurana recently released his 26th music album, “Zen Meditation Heal Spa”, another mystical blend of nature music with alluring soundscapes of flutes, piano, strings, guitars and ethnic instruments. The sounds from the album are soothing, uplifting, relaxing, and energizing, while having a mystical aura to them.

A versatile composer with a distinctive style, Sandeep Khurana’s psychedelic albums are cross-genre from Contemporary New Age, Neo Classical, Psychedelic and Easy Listening to Dance and World Music.  His music is inspiring, has a mystifying feel and arouses deep emotions.  Typically his productions encompass use of strings, pads, drums, acoustic guitars, resonant flutes, ethnic sounds, percussion, and several synthesized instruments with a plethora of synthesized effects.  The compositions incorporate all elements of melody and rhythm blended with layers of harmonic effects.  The ethereal sounds and vibrations take the listeners beyond the physical realms, transporting them into a world more psychedelic and abstract.

The music released by SK Infinity World Media, is available on popular online stores including iTunes and his songs continue being ranked high in iTunes Top 100 New Age Music Charts in UK, Norway, Mexico, and Sweden (source music-chart.info) since 2010.  His music has been part of TV productions on STAR TV (for an Asian Reality Show), Channel V (for an Asian Reality Show), KMVT15 California TV Channel (Documentary on Green House), and other channels in Florida, and Chicago.

In 2009, he produced new age instrumental albums as a tribute to the Bollywood genius versatile artist Kishore Kumar titled “Kishore Kumar, The Gifted Voice Instrumentals” and to music composer RD Burman, titled “RD Burman, The Digital Way”. In 2010, he produced a series of new age music albums group-titled as “Osho Music Lounge”,  a set of fusion music albums with nature sounds artistically interwoven with acoustic guitars, flutes, strings, and electronic synthesizers.  Another recent release, titled as ‘Yoga Music and Guided Meditations’ is a set of guided meditations for Yoga practitioners and learners.  Another recent release, “Mantra Chants on New Age Music”, has harmonious voices artistically blended with new age sounds arousing devotional feelings in the heart of the listeners and educating them more about Mantra chanting & healing practices.

More information about his work is available on his websites http://sandeepkhurana.com and http://skivamusic.com.