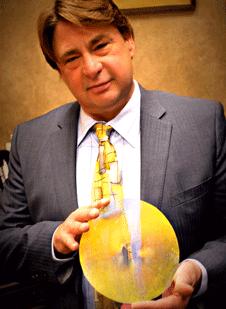 Changes are being made at a leading indie Blu-ray company Blue Star Technologies to make the most for the burgeoning consumers of the new technologies. .

Board of Advisors co-chairmen Glenn Branscum and Dan Olson will now be directly involved with the day to day activities for the manufacturing facility of Blue Star, in order to allow Erick Hansen to step down as CEO of Blue Star Technologies, the Spokane, WA-based company said.

Mr. Hansen will now be able to become actively involved with strengths like production, acquisition and marketing. “I am going to be actively involved in buying and creating content for the new public demand for Blu-ray and 3D titles. “I will also help expand the capacity to generate and distribute from the factory for our new initiatives.”

Among them are the new 250 gigabyte disc, enough capacity for a whole DVD film library on a disc or two, with room left over for your music collection. The capacity will be especially important for companies like Disney or Lucasfilm who may want to package a feature film in Blu-ray and/or 3D, complex video game and all sorts of extras on a single disc. Computer memory, once hoarded and paid for dearly, can be a thing of past.

On that note, Hansen commented “We are very excited that (former Lucasfilm chief, Indiana Jones, Star Wars) Charlie Weber will also be taking an active role on the advisory board and helping to mold the future of Blue Star.”

“We are trying to get the best people in the best roles,” Hansen said of the transition.

The first project Hansen will be working on is the highly anticipated Michael Jackson project. Once completed, it will go directly into the hands of the Executive VP of a major worldwide entertainment company and the creative team that he has put together to help finish this project.

Hansen has recently consummated the agreement and paid the fees to AACS (Advanced Access Content System) in order to become a content provider on our very first Michael Jackson release. The super secretive technology employed is at the cutting edge of Blu-ray disc delivery formats, and we are proud to say these agreements are with some of the largest worldwide technology and entertainment companies. They include Intel, IBM, Panasonic, Microsoft, Sony, Toshiba, Disney and Warner Brothers Entertainment.

He also just won the “Industry Pioneer Award” for his work on Blu-Ray and DVD technology. He was one of the pioneers in the DVD business with the first video game “Wing Commander” and worked on “Sailing through the Years” with Roy E. Disney, an important breakthrough in digital delivery platforms.

Hansen will also begin to work on a on a ground-breaking project with Synergetic Films and Mr. Rene Leda, the owner/partner of Synergetic Distribution. The factory is currently being recalibrated to begin production on this first film for Synergetic. Leda commented “I’m very exciting about teaming with Blue Star, one of the top digital delivery companies in the world.”

“As many of you are aware, we are in the process of embedding our antipiracy codes into the manufacturing process of our Blu-ray digital delivery product. Currently there are only 21 Blu-ray production facilities worldwide and the organization that oversees this technology is making the barrier to entry for new companies extremely difficult, as Hansen said and he believes they want to keep this number very low.

For his part, he will be expanding his operations to other locations to get discs out faster and more efficiently to the ever-growing number of consumers for the new technologies.