University of Digital Technology to Spread its 3D Wings 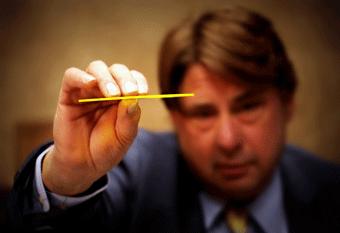 Blu-ray, 3D and international Internet publishing are all in the curriculum at a new school, the University of Digital Technology.

With classes available online or at the school’s state-of-the-art facilities in Spokane, students seeking a real-life, working environment in the changing digital world where Blu-ray discs, 3D for games and films as well as related news publishing and marketing.

Blue Star Technologies is providing roughly half of its downtown “new tech” center facilities to the University of Digital Technology, which will provide live time training for the next generation of digital creators for entertainment, media, science and the new arts.

UDT is only for elite students willing to work hard for their future, as the four-story historical building has only 55 dorm rooms.

Classes are centered on the highly profitable Digital Development field and include advanced platforms, navigation in the BR and 3D worlds, and the physics of Blu-ray mastering and menu design for advanced BR media, and mastering movies to Blu-ray discs.

Additional classes include operation of real BR and 3D manufacturing lines from running the delicate machines to quality control to film studio standards.

Included is marketing of the discs you created, and publishing effective websites and other tools to promote yourselves independently and with mass media, should you decide not to work within a studio conglomerate.

In conjunction with Hollywood Today Newsmagazine (one million hits per day), whose members of the 60-strong crew has either run or been top-staffers at most of the successful online publications, UDT will offer a full line of journalism, online publishing, Google maximization, marketing, promotion, sales and international business dealings in the digital field.

Students will see their stories published on a regular basis, often with No. 1 Google News ranking, with headlines viewed by 54 million readers an hour. They will have a chance to build a portfolio of articles in a major publication, and under the tutelage of editors who have worked for New York Times, L.A. Times, Rolling Stone, MTV, E!, Variety, San Francisco Chronicle, Boston Globe, Variety and Hollywood Reporter.