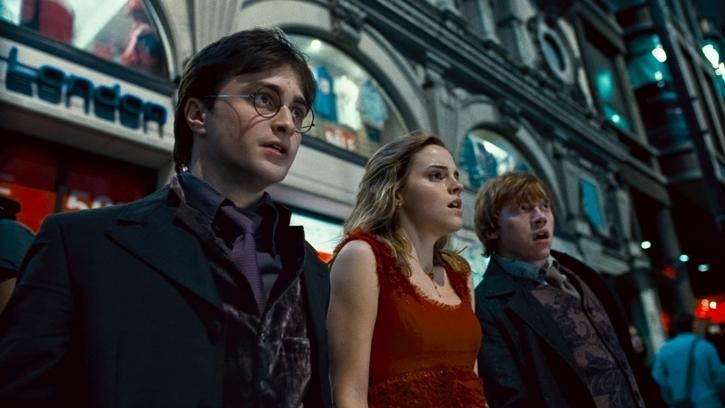 In its seventh installment, Harry Potter was as potent as ever, whipping up the all-time sixth biggest-grossing opening weekend and a new franchise high. The overall weekend box office, though, paled in comparison to the same period last year (down around 24 percent), which featured the one-two punch of The Twilight Saga: New Moon and The Blind Side.

Harry Potter and the Deathly Hallows Part 1 drew an estimated $125.1 million on approximately 9,400 screens at 4,125 locations, blowing past the franchise’s last pre-Thanksgiving debut and previous opening weekend gross high, Harry Potter and the Goblet of Fire, which earned $102.7 million out of the gate in 2005. New Moon still holds the November record with $142.8 million, while the other pictures ahead of Deathly on the overall chart are The Dark Knight ($158.4 million), Spider-Man 3 ($151.1 million), Pirates of the Caribbean: Dead Man’s Chest ($135.6 million) and Iron Man 2 ($128.1 million).

In terms of estimated attendance, Deathly Hallows Part 1‘s start came in slightly behind the first movie, Harry Potter and the Sorcerer’s Stone, and Goblet of Fire. While some may be disappointed that Deathly Hallows Part 1 didn’t break any major records or open much more strongly than its predecessors, it’s important to remember that it’s the seventh movie in the franchise and still pulled in blockbuster numbers. It’s the first part of the finale, in an unprecedented move of adapting the last book into two movies (which Twilight will copy with the Breaking Dawn movies). It amounted to a delay in what was already a slow build-up to Harry Potter’s final battle with Lord Voldemort, and Potter‘s fans know the good stuff doesn’t come until Part 2.

Included in Deathly Hallows Part 1‘s weekend gross was the $24 million it made in its midnight/early Friday opening, which was the third biggest-grossing ever behind Eclipse and New Moon. Anticipation was so high that the Deathly Hallows Part 1‘s $61.2 million full Friday accounted for 49 percent of the weekend gross, charting as the sixth-largest Friday share of a weekend on record, though it wasn’t as front-loaded as New Moon (51 percent). Deathly Hallows Part 1 also played at a record number of IMAX venues (239), and they contributed an estimated $12.4 million, setting a new opening weekend benchmark for the format.

Distributor Warner Bros.’ exit polling indicated that 57 percent of Deathly Hallows Part 1‘s audience was female and 56 percent under 25 years old, which was close to the last movie.

As a franchise, Harry Potter has grossed nearly $1.84 billion thus far, ranking second to Star Wars‘ $1.92 billion (though Potter‘s had less than half the attendance). Within ten days, the Harry Potter franchise total should surpass Star Wars, and there’s still one more movie to go, Harry Potter and the Deathly Hallows Part 2, scheduled for July 15, 2011.

Also opening was The Next Three Days, but the thriller was a bust, making an estimated $6.8 million on close to 2,700 screens at 2,564 locations. That was on the low end of the genre, doing less than half the business of star Russell Crowe’s last thriller, State of Play. Demographically, Next Three Days‘ audience was 83 percent aged 25 years and older and 55 percent female, according to distributor Lionsgate.

Megamind took a hit opposite Harry Potter, but the damage wasn’t as extreme as when Chicken Little was struck by Goblet of Fire. Megamind slipped 45 percent to an estimated $16.2 million, lifting its total to $109.5 million in 17 days. However, the disparity between Megamind and Despicable Me only grew. The latter had made $161.3 million by day 17.

Unstoppable slowed 42 percent to an estimated $13.1 million, but held better than The Taking of Pelham 1 2 3 at the same point, though its $42 million ten-day haul trailed Pelham.