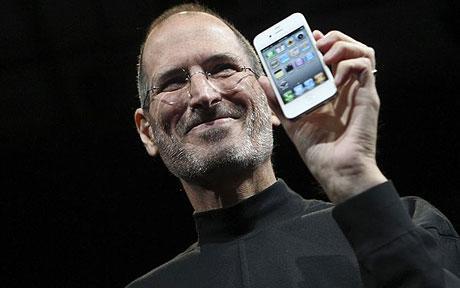 first published November 18, 2010—Apple® today announced it will expand its revolutionary iAdâ„  mobile advertising network to the UK and France this December, with Germany to follow in January. iAd will launch in Europe with iAds from L’Oréal, Renault, Louis Vuitton, Nespresso, Perrier, Unilever, Citi, Evian, LG Display, AB InBev, Turkish Airlines and Absolute Radio. Since its US launch in July, iAd has emerged as a powerful new way for advertisers to reach millions of iPhone® and iPod touch® users right in their favorite apps, while providing a significant new revenue stream for developers. iAd has signed on over half of the top 25 leading US national advertisers in just four months,* with a projected 21 percent share of US mobile display advertising revenue for 2010 according to research firm IDC.**

“We’re thrilled to add leading global brands to the iAd Network in Europe and create even more great opportunities for developers,” said Andy Miller, Apple’s vice president of iAd. “In just four months, we’ve doubled the number of advertisers on the network and thousands of developers now have a valuable new source of revenue.”


“As the world leader in the beauty business, L’Oréal aims to create the most meaningful connections between its brands and its customers, so iAd was a natural choice,” said Marc Menesguen, L’Oréal’s Head of strategic marketing. “We’re thrilled by the quality, the interactivity and the depth of iAd’s user experience, giving us an unparalleled opportunity to reach and serve the most engaged and discerning customers at the digital forefront of beauty, hence our choice of Lancôme to lead our iAd campaign.”

iAd, which is built into iOS 4, lets users stay within their current app while engaging with an ad, even while watching a video, playing a game or using in-ad purchase to download an app or buy iTunes® content. With user engagement times averaging more than 60 seconds per visit, iAds combine the narrative quality of TV ads with the interactivity of digital for something entirely new.

Apple designs Macs, the best personal computers in the world, along with OS X, iLife, iWork, and professional software. Apple leads the digital music revolution with its iPods and iTunes online store. Apple is reinventing the mobile phone with its revolutionary iPhone and App Store, and has recently introduced its magical iPad which is defining the future of mobile media and computing devices.