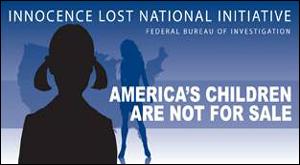 69 Children Saved From Being Victimized Through Prostitution

Over the past 72 hours, the FBI, its local and state law enforcement partners, and the National Center for Missing and Exploited Children (NCMEC) concluded Operation Cross Country V, a three-day national enforcement action as part of the Innocence Lost National Initiative. The operation included enforcement actions in 40 cities across 34 FBI divisions around the country and led to the recovery of 69 children who were being victimized through prostitution. Additionally, nearly 885 others, including 99 pimps, were arrested on state and local charges.

“Child prostitution continues to be a significant problem in our country, as evidenced by the number of children rescued through the continued efforts of our crimes against children task forces,” said Shawn Henry, executive assistant director of the FBI’s Criminal, Cyber, Response, and Services Branch. “There is no work more important than protecting America’s children and freeing them from the cycle of victimization. Through our strategic partnerships with state and local law enforcement agencies, we are able to make a difference.”

Task Force operations usually begin as local actions, targeting such places as truck stops, casinos, street “tracks,” and Internet websites, based on intelligence gathered by officers working in their respective jurisdictions. Initial arrests are often violations of local and state laws relating to prostitution or solicitation. Information gleaned from those arrested often uncovers organized efforts to prostitute women and children across many states. FBI agents further develop this information in partnership with U.S. Attorney’s Offices and the U.S. Department of Justice’s Child Exploitation and Obscenity Section (CEOS) and file federal charges where appropriate.

To date, the 39 Innocence Lost Task Forces and Working Groups have recovered over 1,200 children from the streets. The investigations and subsequent 625 convictions have resulted in lengthy sentences, including multiple 25-years-to-life sentences and the seizure of more than $3.1 million in assets.


In the spring of 2003, the FBI’s Criminal Investigative Division, in partnership with the Department of Justice’s CEOS and NCMEC, formed the Innocence Lost National Initiative to address the growing problem of children forced into prostitution.

“The leadership of the FBI and the Justice Department in attacking domestic child trafficking and prostitution is historic,” said Ernie Allen, president of the National Center for Missing and Exploited Children. “Once again, Operation Cross Country has awakened the nation to the fact that today, American children are being marketed and sold for sex in American cities. These kids are victims. This is 21st century slavery. We are proud to be a part of this extraordinary partnership to rescue children, save lives, and bring the pimps and operators to justice.”

This program brings state and federal law enforcement agencies, prosecutors, and social service providers all from around the country to NCMEC, where the groups are trained together. In addition, CEOS has reinforced the training by assigning prosecutors to help bring cases in those cities plagued by child prostitution.

The FBI thanks the over 2,100 local, state, and federal law enforcement officers representing 186 separate agencies who participated in Operation Cross Country and ongoing enforcement efforts.

The charges announced today are merely accusations, and all defendants are presumed innocent until and unless proven guilty in a court of law.