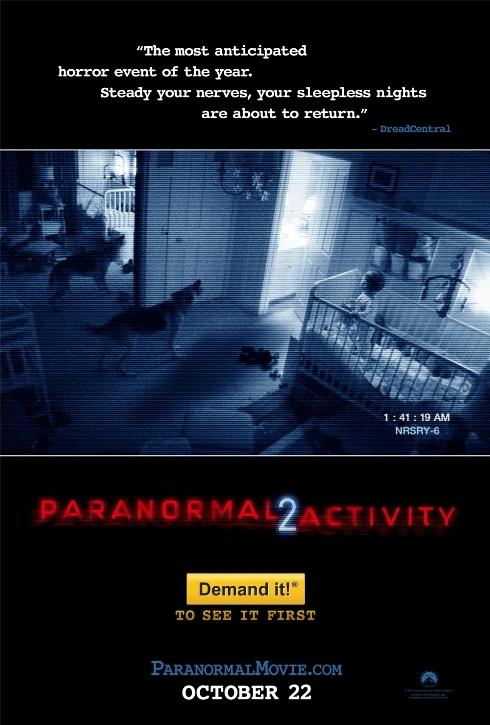 On Halloween weekend, the Saw franchise saved some face with its supposedly “final chapter” after the disappointment of the last movie, but it didn’t restore its former gory glory. Among holdovers, Paranormal Activity 2 and others dissipated, while Red and others conserved. Overall business was up three percent over the same weekend last year when Michael Jackson’s This Is It led.

Saw 3D notched an estimated $22.5 million on over 3,500 screens at 2,808 locations. Add in its Thursday night previews, and its gross came to $24.2 million. That improved upon the $14.1 million launch of the last movie, Saw VI, but it was a far cry from Saw II through Saw V, which averaged nearly $32 million (or over $37 million adjusted for ticket price inflation). In terms of estimated attendance, Saw 3D‘s start ranked second-lowest, behind the first movie. Approximately three quarters of Saw 3D‘s screens presented the picture in the 3D illusion, and they accounted for 92 percent of business. Distributor Lionsgate’s exit polling indicated that 56 percent of Saw 3D‘s audience was male and 53 percent was under 25 years old, skewing more male and older than Paranormal Activity 2 did.


While the Saw franchise’s recent marketing has rested on its laurels (which contributed to Saw VI‘s drubbing), Lionsgate’s advertising tried to distinguish Saw 3D through 3D and by promising that it was the final Saw. The movie’s ads were like the ones for Lionsgate’s My Bloody Valentine 3D, featuring the traps popping out of the screen at an audience, but they again neglected any storytelling, ultimately relegating Saw 3D to a fans-only affair. Saw 3D was originally scheduled to open Oct. 22, but flinched in a game of chicken after Paranormal Activity 2 muscled in on that date. While the box office gap between the horror sequels won’t be as extreme as the first Paranormal Activity and Saw VI last year, the Paranormal Activity franchise still won the second round by a wide margin.

Paranormal Activity 2 suffered a 59 percent drop from last weekend, claiming an estimated $16.5 million. Due to Halloween landing on Sunday, its fall was a bit better than The Ring Two and The Grudge 2 at the same point. The first Paranormal Activity was a slow roll-out phenomenon, so there was no direct comparison, but it made $16.4 million at fewer locations on Halloween weekend last year. Paranormal Activity 2‘s total rose to a strong $65.7 million in ten days.

Red held its ground again, easing 28 percent to an estimated $10.8 million for a $58.9 million haul in 17 days. Jackass 3-D again fell harder than its predecessors, tumbling 60 percent to an estimated $8.4 million, but it has grossed much more and crossed the $100 million mark on its 17th day. Hereafter collapsed by 47 percent in its second weekend of nationwide release, despite jumping from 2,181 locations to 2,424, and its total climbed to a tepid $22.2 million.

Meanwhile, Conviction leapt to 565 locations, up from 55 last week, but continued its low-key run. The drama largely inspired indifference with its estimated $1.8 million. The Girl Who Kicked the Hornet’s Nest racked up an estimated $915,000 at 153 locations, which was a relatively worse start than predecessor The Girl Who Played with Fire, which opened to nearly as much at 108 locations.