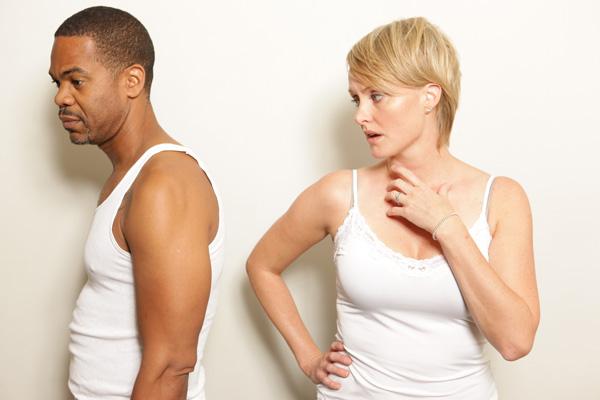 The team that brought you Women of Manhattan and Autobahn teams up with the director of My Pregnant Brother to bring you the Canadian premiere of Fifty Words by Michael Weller, a play about family, betrayal, and love in all its forms.

With their son at a friend’s place for his first ever sleepover, Adam and Janine Penzius have the house to themselves for the first time in nine years.  When the routines of parenthood are stripped away, what’s left to hold them together?  In this long night of secrets revealed and problems addressed, they’ll have no choice but to stare their relationship fully in the face … and they may not like what they see.

Founded in 2008, The Freestanding Room is a theatre co-op made up of actors, writers, directors, and producers who believe that big things can happen in small places.  They like a good story and the chance to tell it fast and easy.  Together they tend The Freestanding Room; an intimate space used to sharpen their tools, corral their ideas, spin their yarns, and to invite everyone hungry for a tale told simply and authentically to come sit around their fire.  Director Jeremy Taylor, actors Nicole Braber and Craig Thomas, and producer Jo Ann Mailloux are four of the Room’s fifteen members.

Fifty Words is the second in a trilogy of plays from Brooklyn-based playwright Michael Weller, author of Moonchildren, Spoils of War, and Loose Ends.  Fifty Words was nominated for a Drama Desk award for Outstanding Play in 2009 following its Off-Broadway World Premiere.