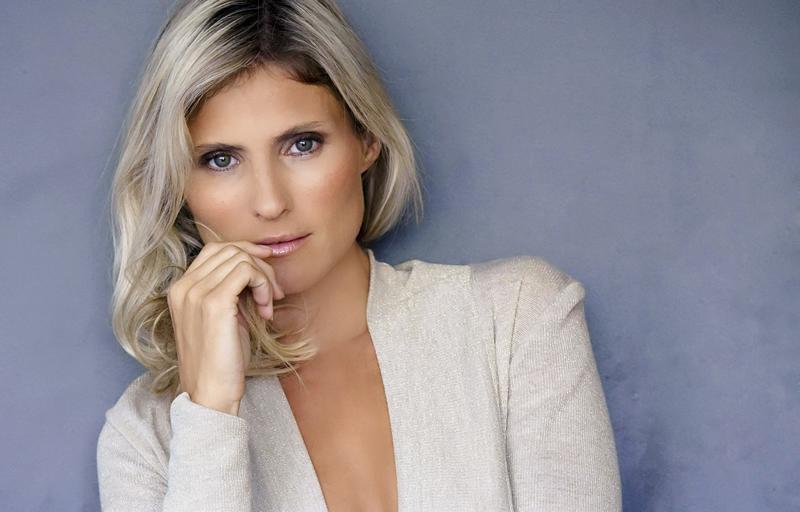 The WebVixxen Design agency founded in 2003 by Lana Antonova, the creative force and the technical brain at the forefront of every project, is a fully-integrated boutique design agency based in Venice, California specializing in high-end design and branding.  Lana spent some time with Hollywood Today sharing her thoughts on the future of Flash and HTML5.

Lana Antonova believes that for the foreseeable future Flash has a valid place on the web, and doesn’t see it as a Them and Us web.

Hollywood Today- How far behind is HTML (and SVG and CSS and WebGL and JavaScript) to reproducing what Flash can do today?

Lana Antonova –HTML, SVG, CSS and JavaScript are very far along to replacing a lot of what I see Flash doing today – but it should be noted my browsing style is general usage, rather than gaming or interactive videos – which Flash is good at.

Can you tell us a bit about WebGL?

WebGL is very much at an early stage in its development, only currently appearing in the nightly builds of Webkit and Firefox, equally I’ve seen videos from Mozilla putting WebGL on to a Nokia device with no optimization and rendering pretty well.

There are many examples of apps and effects that have been achieved using Flash in the first decade of this century, but today, the same results can be obtained using Open Web technologies. This ranges from the simple image galleries to full-fledged word processors. Adobe released Buzzword which relies on Flash, but on the other side, Google Docs relies entirely on the Open Web.

Would you like to see Flash replaced by HTML?

It’s not a question of liking to or not. It’s a question of using the best application and looking at all the options available, on a case-by-case option. I personally don’t think HTML will ever replace Flash. I think HTML5 and the Open Web will replace Flash, in the cases where Flash has been used as a stopgap. sIFR is used to bring “custom” fonts to the browser, but now we have really good support for native custom fonts via the CSS fonts module, and products like TypeKit and FontDeck are making it easy for web authors to include those custom fonts without the need of Flash.

The native video element will eventually allow us to drop using Flash for video, but we’re not there yet. Flash has done a remarkable job of pulling the braces up on browsers for the last decade, and we’ve needed it. Let’s remember that Flash is so much more than video or font rendering.

It would be great if Open Web technology could do everything, I still think we’re a long way off from HTML being able to natively replace applications such as Aviary and games like Bow Street Runner.

Equally, as I mentioned before SVG is one technology that has come along, and with the help of the svgweb JavaScript library, SVG works in IE. This library of course gets IE to support SVG via Flash. It translate the SVG markup on to a Flash canvas proving that Flash still has a place on the web as a bridging technology as well as it’s intended use.

As HTML catches up to what Flash can do today, do you think Flash will move upstream and remain relevant, or become optional?

I think two things will happen. Firstly, I do think that Flash will move (or remain in some cases) upstream, and continue to push what’s capable within the browser. Gaming is a great example of an arena that Flash excels at. Secondly, I believe that what we’ll see is Flash developers taking the progressive enhancement approach to applications, relying more on HTML based solutions and enhancing upwards using Flash.

In conclusion, how difficult is it for a Web developer today to use the fragmented Open Web standards vs. the more consistent Flash?

It really depends on what technology you choose. Web Storage has pretty solid support in the latest browsers (if not the nightly builds), but it’s relatively easy to patch missing support just using JavaScript, which would map session.

Flash developers definitely have an easier time when it comes to deployment environment, in fact I’ve met a number of Flash developers now that said they made the shift from JavaScript and HTML years ago to Flash because of the appeal of a single environment: the Flash runtime.

To speak Lana Antonova or find out more about the WebVixxen, please write ane@webvixxen.com