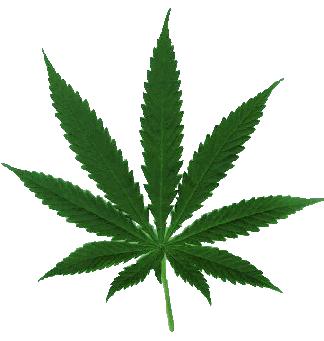 – MARC EMERY, 52, of Vancouver, BC, Canada, was sentenced today in U.S. District Court in Seattle to five years in prison and four years of supervised release for conspiracy to manufacture marijuana. At the time of his indictment in 2005, EMERY was the largest supplier of marijuana seeds in the U.S., with his seeds linked to illegal grow operations across the country. At sentencing U.S. District Judge Ricardo S. Martinez told him “there is no question your actions were illegal and criminal and your actions ensured that others broke the law and suffered the consequences.”

“Marc Emery decided that U.S. laws did not apply to him, but he was wrong,” said U.S. Attorney Jenny A. Durkan. “Emery put his personal profits above the law. He made millions of dollars by shipping millions of seeds into the U.S. He sold to anyone who would pay him — with no regard for the age or criminal activities of his customers. Now, Emery is paying the price for being part of the illegal drug trade that damages lives, homes and the environment.”

“Today, Marc Emery was sentenced for conspiracy to manufacture marijuana, and now faces imprisonment in the United States for his international criminal activity,” said DEA Acting Administrator Michele M. Leonhart. “By his own admission, Emery repeatedly violated U.S. drug laws. He did so irrespective of the age of his customers, the countless families he may have harmed, or the associated violence he may have facilitated. Due to the extraordinary cooperation between Canadian and U.S. law enforcement, Emery’s conspiracy was shattered, and he is now a convicted felon.”

EMERY was indicted in 2005, and was extradited in May 2010, from Canada. In his plea agreement, EMERY admits that he and his co-conspirators Michelle Rainey and Gregory Keith Williams operated a marijuana seed distribution business known as Marc Emery Direct. EMERY’s business sold marijuana seeds to customers throughout the United States, including within the Western District of Washington. Marijuana seeds were sold to customers in various ways, including at a retail store located in Vancouver, British Columbia, and through mail and telephone orders. Seventy-five percent of the sales were to people in the U.S. EMERY also sold grow equipment and provided advice on cultivating marijuana to customers in the U.S. On multiple occasions in 2004 and 2005, EMERY sold marijuana seeds to an undercover Drug Enforcement Administration (“DEA”) agent at the shop and elsewhere. On his web site, EMERY claimed to have made approximately $3 million a year selling seeds, and to have sold more than 4,000,000 seeds over the years. In his letter to the court EMERY now says he “arrogantly violated U.S. law,” and says he regrets that he did not use legal methods to support his beliefs.

Last year, Michelle Rainey, 39, and Gregory Keith Williams, 54, both employees of Emery Seeds, were sentenced in U.S. District Court in Seattle to two years of probation for Conspiracy to Manufacture Marijuana.


In asking the court to impose the agreed upon five year sentence, Assistant United States Attorney Todd Greenberg noted that Emery seeds had been linked to illegal marijuana grows protected by guns and booby traps. “This Court is very familiar with the dangerous collateral criminal activities that too often surround marijuana grow operations, including armed robberies, shootings, and even murders… Emery was the largest distributor of marijuana seeds, and thus marijuana, into the United States from approximately 1995 through July 2005, when he was arrested in Canada on the United States’ extradition warrant. The U.S. Department of Justice brought this prosecution because of, and to put an end to, Emery’s unlawful drug trafficking inside the United States,” Mr. Greenberg wrote in his sentencing memo.

The case was investigated by the Drug Enforcement Administration and U.S. Immigration and Customs Enforcement (ICE), and is being prosecuted by Assistant United States Attorney Todd Greenberg.

GovDelivery is providing this service on behalf of the Department of Justice and may not use your subscription information for any other purposes.