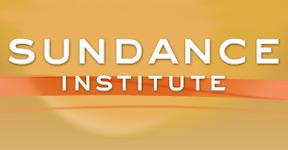 The non-profit Sundance Institute today announced it has been selected as a candidate charity in Members Project®, a partnership between American Express and TakePart, a community website focused on socially conscious media and issues. Supporters of Sundance Institute can now go online to vote for the organization to share a total of $1,000,000 in funding from American Express. A total of five organizations will share the monetary award. The funds will help Sundance Institute further its mission of discovering and supporting new independent artists in film and theatre, and connecting them with audiences around the world.

Beginning today, supporters, fans, filmmakers and alumni of Sundance Institute can vote or donate with Members Project® by visiting: http://www.takepart.com/membersproject.

For nearly three decades, the nonprofit Sundance Institute has promoted independent storytelling to inform and inspire audiences across political, social, religious and cultural differences. Through labs, funding, special projects with key partners and the Sundance Film Festival, the Institute serves as the leading advocate for independent artists worldwide.


“On behalf of all of us at Sundance Institute, I want to thank Members Project®, American Express and TakePart for recognizing us as a leading arts and cultural organization,” said Keri Putnam, Executive Director, Sundance Institute. “As a candidate for funding naturally we want to encourage our staff, alumni, friends and followers to cast their votes – repeatedly – not only to show support for our organization but by extension support of all independent artists worldwide.”

Members Project® is a partnership between American Express and TakePart, an independent online community that “connects its members directly to the issues that inspire them to engage, contribute and take action.” It encourages everyone, including non-American Express Cardmembers, to take his or her step and help support worthy causes and charitable organizations.

Individuals who have joined Members Project® can vote for one charity every week from a list of up to 50 charities. Every three months, the votes are counted and five charities in that round of voting will share a total of $1,000,000 in funding from American Express. Members Project provides the platform to help make taking action easier by partnering with organizations such as Sundance Institute.

Founded by Robert Redford in 1981, Sundance Institute is a global, nonprofit cultural organization dedicated to nurturing artistic expression in film and theater, and to supporting intercultural dialogue between artists and audiences. Internationally recognized for its annual Sundance Film Festival and its artistic development programs for directors, screenwriters, producers, film composers, playwrights and theatre artists, Sundance Institute has nurtured such projects as Born into Brothels, Trouble the Water, An Inconvenient Truth and Angels in America. www.sundance.org.