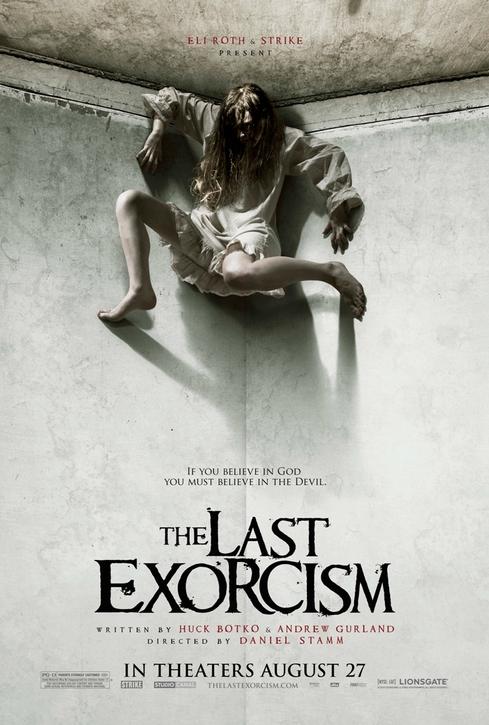 The Last Exorcism and Takers delivered sizable debuts in a near photo finish for the weekend top spot, while Avatar’s Special Edtion relaunch yielded modest numbers. Overall weekend business was off six percent from the same timeframe last year, when The Final Destination led.

Claiming an estimated $21.3 million at 2,874 locations, The Last Exorcism reinforced the seemingly perennial popularity of supernatural horror movies, particularly serious ones about hauntings or exorcisms. Its opening ranked well above average for the sub-genre, grossing more than Exorcist: The Beginning and The Unborn (2009).

The last expressly exorcism-themed movie, The Exorcism of Emily Rose, though, had a much bigger start, making $30.1 million out of the gate in 2005. Last Exorcism’s estimated attendance also trailed such titles as The Amityville Horror (2005), Stigmata and The Haunting in Connecticut. Distributor Lionsgate’s exit polling indicated that 52 percent of Last Exorcism’s audience was female, 65 percent was under 25 years old and 54 percent was Latino, a segment that usually responds to this type of picture.

Takers bagged an estimated $21 million at 2,206 locations, and it actually topped Last Exorcism on Saturday and is projected to lead on Sunday as well. It also performed better than Last Exorcism relative to its heist sub-genre, more than tripling the start of Armored, and it came in only a bit behind last summer’s higher-profile The Taking of Pelham 1 2 3. Its initial attendance was also about 50 percent greater than similar titles like Dead Presidents, ATL and Street Kings. Distributor Sony Pictures’ research showed that 52 percent of Takers’ audience was female and 51 percent under 25 years old.

Avatar: Special Edition landed in 12th for the weekend with an estimated $4 million at 812 3D locations. That wasn’t too shabby for a picture that’s been universally available on home video for the past few months and that was nearly universally seen in theaters to begin with. However, it did not chart among the top re-issue openings, despite a prominent new marketing campaign. Avatar’s lifetime gross finally pushed past the $750 million mark and stands at a mighty $753.8 million.

Last weekend’s champion, The Expendables, fell 44 percent to an estimated $9.5 million, lifting its total to a solid $82 million in 17 days. It lost further ground to Inglourious Basterds, the “men on a mission” title from last August, which had $91.8 million through its 17th day.

Eat Pray Love wilted further compared to its analogue from last August, Julie & Julia. Eat slipped 42 percent to an estimated $7 million, increasing its sum to $60.7 million in 17 days. Julie was down 27 percent to $8.8 million at the same point, though Eat maintained a slight edge in total gross.

The Other Guys had a strong fourth weekend hold for a Will Ferrell movie. The action comedy eased 35 percent to an estimated $6.6 million and has accumulated $99.3 million in 24 days. It held much better than Step Brothers and Anchorman: The Legend of Ron Burgundy at the same point, though overall estimated attendance was about the same for all three.

Inception was still firmly in the mix as well, edging out The Other Guys for smallest percentage drop among nationwide holdovers. Off 35 percent, the mind-bending caper nabbed an estimated $5.1 million for a tremendous $270.7 million total in 45 days.