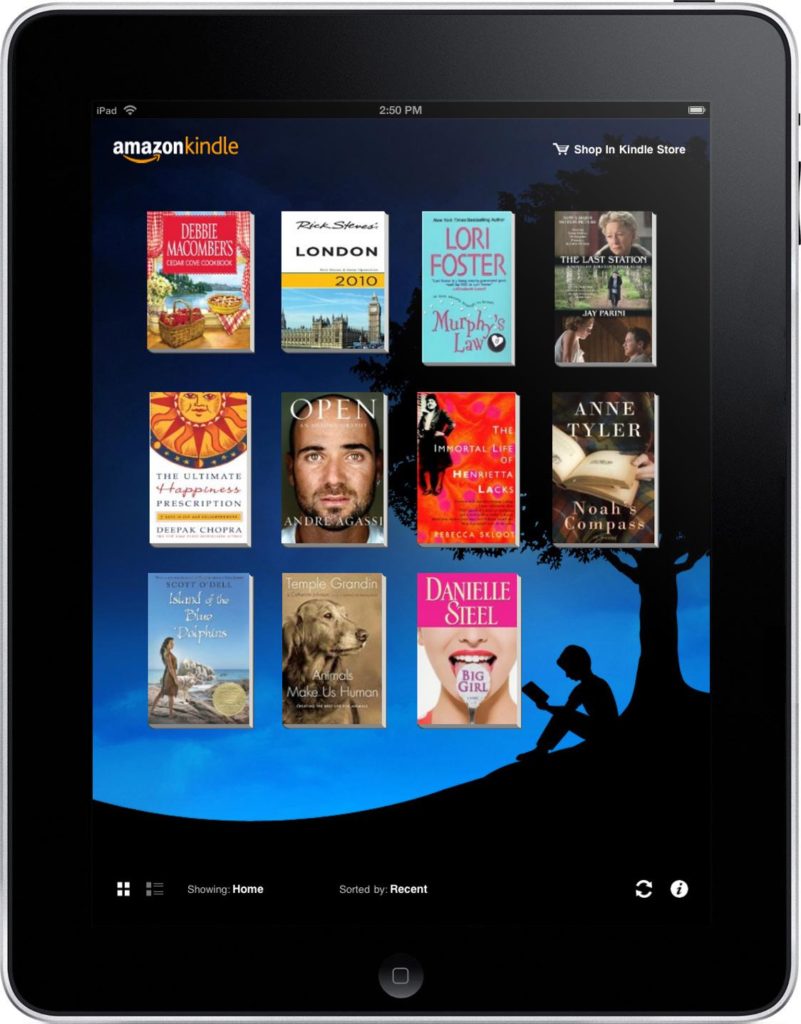 (NASDAQ: AMZN)–Amazon.com today announced that more new generation Kindles were ordered in the first four weeks of availability than in the same timeframe following any other Kindle launch, making the new Kindles the fastest-selling ever. In addition, in the four weeks since the introduction of the new Kindle and Kindle 3G, customers ordered more Kindles on Amazon.com and Amazon.co.uk combined than any other product, continuing Kindle’s over two-year run as the bestselling product across all the products sold on Amazon.com. The new Kindles started shipping to customers today–two days earlier than previously announced.

“Kindle is the best-selling product on Amazon.com for two years running and our new generation Kindles are continuing that momentum,” said Steven Kessel, senior vice president, Amazon Kindle. “Readers are excited about all that the new Kindle has to offer–50 percent better contrast, 20 percent faster page turns, 15 percent lighter, up to one month of battery life–and a new price of only $139.”

The all-new Kindle has an electronic-ink screen with 50 percent better contrast than any other e-reader, a new sleek design with a 21 percent smaller body while still keeping the same 6-inch-size reading area, 15 percent lighter weight at just 8.5 ounces, 20 percent faster page turns, up to one month of battery life with wireless off, double the storage to 3,500 books, no glare even in bright sunlight and built-in Wi-Fi–all for only $139. The all-new Kindle 3G with all of these new features plus the convenience of free 3G wireless is only $189.

Early comments from product reviewers on the new Kindle include:

“This e-book reader’s lighter weight and complete overhaul make the third-generation Kindle the best reader from Amazon yet… After spending some quality time curled up with the new Kindle, I have to say it’s the first e-reader in months that’s left me wanting to read more. Its solid build quality, along with its improved design, integrated store, and cross-platform transportability (books are usable on any Kindle reader app, including iPhone, iPad, Android, BlackBerry, and PC) all add up to a winner that shoots to the head of the pack.” – PC World

“Despite some predictions that the iPad and other Web-oriented tablets would start the Kindle doom clock ticking, its continued popularity bodes well for the future of single-purpose long-form reading devices. The new third-generation Kindle only makes that future brighter. All its basic virtues–instant downloading from an abundantly stocked store, light weight, ability to read in sunlight–are still there, with significant improvements in text readability, physical design, and battery life.” – Wired

“…given its new low price along with its massive library of ebooks and dead-simple book buying, the Kindle keeps its crown as our Editors’ Choice. Simply put, it’s the best dedicated ebook reader you can buy.” – PC Magazine

“Amazon’s newest Kindle (simply called “Kindle,” though it’s sometimes referred to as the “Kindle 3″) is the best ebook-reading device on the market.” – Fast Company

Also in the four weeks since their introduction:

Kindle lets you Buy Once, Read Everywhere–on Kindle, Kindle 3G, Kindle DX, iPad, iPod touch, iPhone, Mac, PC, BlackBerry and Android-based devices. Amazon’s Whispersync technology syncs your place across devices, so you can pick up where you left off. With Kindle Worry-Free Archive, books you purchase from the Kindle Store are automatically backed up online in your Kindle library on Amazon where they can be re-downloaded wirelessly for free, anytime.

For high-resolution images of the new generation Kindle, visit www.amazon.com/pr/kindle/images.

Amazon.com, Inc. (NASDAQ: AMZN), a Fortune 500 company based in Seattle, opened on the World Wide Web in July 1995 and today offers Earth’s Biggest Selection. Amazon.com, Inc. seeks to be Earth’s most customer-centric company, where customers can find and discover anything they might want to buy online, and endeavors to offer its customers the lowest possible prices. Amazon.com and other sellers offer millions of unique new, refurbished and used items in categories such as Books; Movies, Music & Games; Digital Downloads; Electronics & Computers; Home & Garden; Toys, Kids & Baby; Grocery; Apparel, Shoes & Jewelry; Health & Beauty; Sports & Outdoors; and Tools, Auto & Industrial. Amazon Web Services provides Amazon’s developer customers with access to in-the-cloud infrastructure services based on Amazon’s own back-end technology platform, which developers can use to enable virtually any type of business. Kindle, Kindle 3G and Kindle DX are the revolutionary portable readers that wirelessly download books, magazines, newspapers, blogs and personal documents to a crisp, high-resolution electronic ink display that looks and reads like real paper. Kindle 3G and Kindle DX utilize the same 3G wireless technology as advanced cell phones, so users never need to hunt for a Wi-Fi hotspot. Kindle is the #1 bestselling product across the millions of items sold on Amazon.

This announcement contains forward-looking statements within the meaning of Section 27A of the Securities Act of 1933 and Section 21E of the Securities Exchange Act of 1934. Actual results may differ significantly from management’s expectations. These forward-looking statements involve risks and uncertainties that include, among others, risks related to competition, management of growth, new products, services and technologies, potential fluctuations in operating results, international expansion, outcomes of legal proceedings and claims, fulfillment center optimization, seasonality, commercial agreements, acquisitions and strategic transactions, foreign exchange rates, system interruption, inventory, government regulation and taxation, payments and fraud. More information about factors that potentially could affect Amazon.com’s financial results is included in Amazon.com’s filings with the Securities and Exchange Commission, including its most recent Annual Report on Form 10-K and subsequent filings.