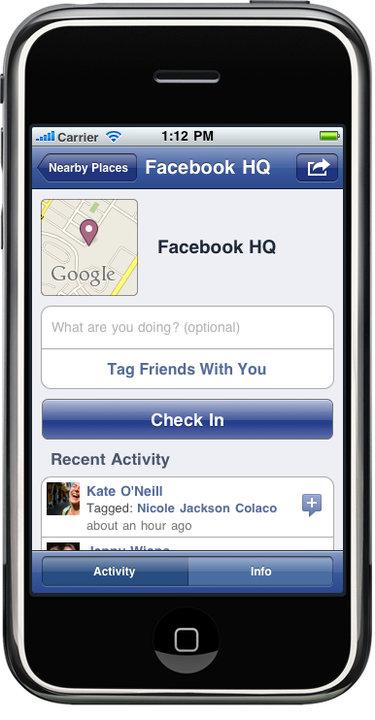 What’s Up with Places, and Others  Geosocial Apps – Privacy Violations or Community Building

With the furor over yet another privacy violation by Facebook over its new geosocial application Places, one wonders what the point of “checking in”, the practice of sharing your location with everyone, is.

The most common objection I hear with regards to geosocial networking are the same than  to microblogging and social networking, “I don’t want people knowing what I’m doing.” What’s funny is sometimes these objections even come from regular twitter users who understand that twitting isn’t about telling people what it smelled like when you left the bathroom.

Although foursquare was only available where I lived in October 2009, by December, I had made the following prediction in an interview with NetSquared: “Geosocial networking will facilitate community building and allow people to connect offline and take on bigger challenges together.”

Maybe we’re not at the point where we’re using it for community building but I really believed that 2010 would be the year of geosocial and with the explosion of apps from foursquare, which was *the* app at SXSW 2010, allowing you to check-in anywhere in the world, to the appearance of gowalla, whrrl, rummble and company and on to sites like yelp, qype and twitter becoming “check-in” enabled. Let’s not forget all the location-enabled flirting apps for smartphones either.

Even two of Friday’s 5 Huge Trends in Social Media Right Now post on Mashable are related to geolocation!

While I agree that you don’t want just anyone knowing where you are at any given time and that dark side of geolocation has shades of Orwell’s 1984 (and even Bradbury’s Fahrenheit 451), it is still entirely up to you which locations you do and don’t share.

Personally, I only share locations in which I am comfortable having people meet me spontaneously. I don’t get why people check-in to their couches or beds. I understand that there is a gaming element to most of the apps and that, yes, the badges *are* fun and that they give you something to brag about. I also understand that mayorships and sometimes even single check-ins give you freebies and discounts but if you don’t want people to know where you are then don’t check-in.

For me, using geosocial apps to meet people at events or finally connect face to face has a lot of value. It helps to break the ice and it sometimes even resolves scheduling conflicts. The best is when your friends from out of town are visiting and you get a notification that they’re in town. That’s always a nice surprise! I also use it to share places that I love and that I want to see thrive. That being said I’m not telling you where the best assam laksa in central London is. At least not via foursquare.

The benefits to business are huge as well. I am most familiar with the foursquare model so I will use it as an example. Businesses who have registered a presence on foursquare can offer specials either for mayors (the person who checks-in the most frequently) and/or just for checking in. This creates a reason for others not only to come in themselves when they see a “special nearby” notification but also to tell their friends. As Brian Solis put it in his “Foursquare Means Business: Have you checked-in yet?“ post: “foursquare and the like are introducing trusted opinions and real-life networking into the mix [of reviews and referrals] that reward exploration and experimentation. Businesses can only benefit by playing along.” ‘Nuff said.

I still have hope that my prediction will come true and that geosocial networking will facilitate community building and allow people and businesses to connect offline and take on bigger social challenges together.

So next time you check-in, consider inviting people to come join you. Or conversely, the next time you get a notice that someone you’ve been meaning to meet is around the corner, just hop on over and say hello!