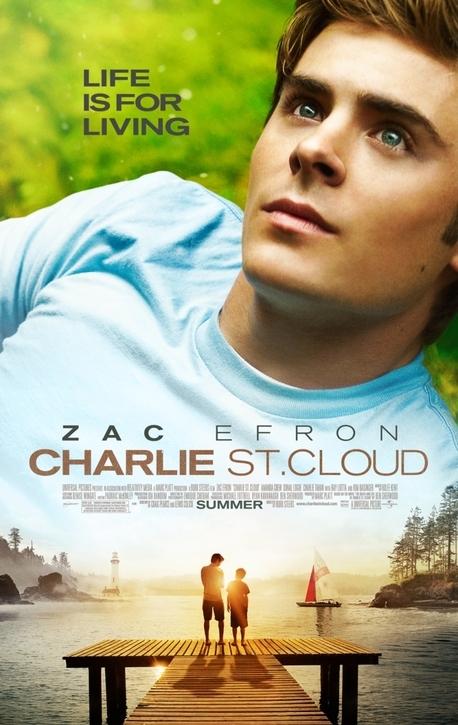 This weekend, three new nationwide releases enter the fray, each one catering to a different crowd. Cats & Dogs: The Revenge of Kitty Galore strikes 3,705 locations, Dinner for Schmucks hits 2,911 locations, and Charlie St. Cloud docks at 2,720 locations. The top movie of the past two weeks, Inception, continues at 3,545 locations, down 247 from last week, but still has enough momentum to deliver a strong third weekend gross, likely extending its reign.

The new Cats & Dogs arrives more than nine years after the first movie, which had a sizable audience back in the day but was far from a blockbuster. It had a $35.8 million five-day Independence Day opening, including $21.7 million for its first weekend, and it ultimately grossed $93.4 million (or the equivalent of around $130 million adjusted for ticket price inflation). There is no indication that Cats & Dogs’ esteem has grown over time, and the sequel appears to be one that audiences did not ask for. It’s difficult enough to maintain an audience for kids movie sequels, but more so when no one was chomping at the bit for a follow-up: Garfield: A Tail of Two Kitties and Super Babies: Baby Geniuses 2 each earned a fraction of their predecessors, while 102 Dalmatians did less than half the business of 101 Dalmatians (1996). Talking-animal movies frequently draw crowds, but the sub-genre has seen its misses, including Marmaduke and Underdog. In its marketing, Cats & Dogs 2, though, has a similar look, feel and 3D angle as G-Force, which launched late July 2009. The rodent action movie made $31.7 million its first weekend and closed out at $119.4 million. Cats & Dogs 2’s release includes 2,130 locations showing the picture in 3D, making it one of the more saturated 3D releases with close to 50 percent more coverage than Despicable Me had in its debut.

Box Office Mojo readers have predictably shown little interest in Cats & Dogs 2: 4.9 percent voted to see it on opening weekend, which was a bit better than Marmaduke (3.8 percent) and Underdog (4.5 percent, but much less than G-Force (7.8 percent) and Beverly Hills Chihuahua (6.9 percent). Considerably more reader interest has been drummed up for Dinner for Schmucks, though its 16 percent opening weekend score was hardly exciting: it’s in the same league as Get Him to the Greek, I Love You, Man and Role Models albeit with less heat in its overall pattern, and those pictures opened in the $17-19 million range. Schmucks reteams Steve Carell and Paul Rudd from The 40-Year-Old Virgin. Coming off his Date Night success (as well as voice work for Despicable Me, Mr. Carell is back in goofball mode, while Mr. Rudd retains his straight-man approach from I Love You, Man.

The Hangover’s Zach Galifianakis also figures prominently in Schmucks’ advertising. While Dinner for Schmucks is the first major comedy since Grown Ups and its stars have recent hits on their resumes, Schmucks’ premise renders it less immediately accessible than those past broadly-appealing comedies. The movie’s about a man trying to bring the biggest idiot to his boss’s dinner event in order to get ahead at work, and much of the advertising has given the impression of a parade of buffoonery, relying mainly on the stars’ brand equity to relate to audiences. Charlie St. Cloud marks Zac Efron’s first major vehicle since 17 Again in April 2009, and it’s a more challenging sell than that body-switch comedy, which had a solid $64.2 million run. From the same director as 17 Again (Burr Steers), Charlie also has a fantastical angle but is a romantic drama about Efron’s character being conflicted between his dead younger brother and his living girlfriend.

The movie’s trailer conveyed the storyline, though recent ads have favored a generic romance angle, trying to court Efron’s fan base. Successful romances, though, need both sides well-represented (like with Dear John and even The Last Song), and the girlfriend character (Amanda Crew) has been given short shrift (in part due to the movie’s mixed focus).

The marketing has been all about Efron, much like Remember Me was all about Robert Pattinson, and that may prove to be a disservice to both the movie and Efron. Box Office Mojo reader interest is predictably low with 5.9 percent voting to see Charlie on opening weekend.

Meanwhile, The Kids Are All Right graduates to nationwide status, jumping from 201 to 847 locations. In 21 days of limited release, it has generated $6.1 million. It marks only the second 2010 limited release to make the nationwide leap, following The Ghost Writer.