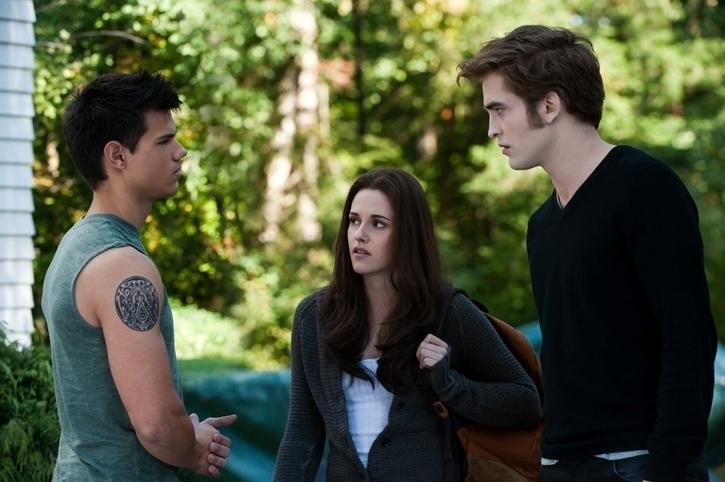 On Thursday, The Twilight Saga: Eclipse raked in $24.2 million to lead the daily box office, while The Last Airbender blew into second with an estimated $16.35 million first day gross.

Eclipse scored the second highest-grossing non-opening Thursday ever, behind Transformers: Revenge of the Fallen’s $29.1 million, despite plummeting 65 percent from its massive $68.5 million Wednesday opening. Its two-day tally stands at a mighty $92.7 million, trailing New Moon’s $115 million though flying much higher than the first Twilight’s $57.3 million.

After such a fevered opening day, an extreme drop-off was to be expected for Eclipse. After all, New Moon’s second day was a Saturday, and it still fell 42 percent. Eclipse’s decline, though, was the steepest on record coming off of a Wednesday opening. Transformers: Revenge of the Fallen, which previously held the Wednesday opening record with $62 million, fell 53 percent at the same point. The more comparable Harry Potter and the Half-Blood Prince tumbled 62 percent from $58.2 million to $22 million, while Harry Potter and the Order of the Phoenix was off 58 percent and Star Wars: Episode I – The Phantom Menace dove 57 percent.

Eclipse has been gunning for Spider-Man 2’s Independence Day record from 2004, and both pictures happened to have debuted on Wednesday, June 30, making for an apt comparison. Spider-Man 2 dipped 41 percent in its second day to $23.8 million, lifting its two-day haul to $64.3 million. Adjusted for ticket price inflation, those are the equivalent of an over $30 million Thursday and over $82 million total. Spider-Man 2 went on to gross $88.2 million for the weekend, or approximately $113 million adjusted. At this rate, it would be surprising for Eclipse to continue to out-pace Spider-Man 2.

Playing on approximately 4,600 screens at 3,169 locations or considerably less than Eclipse’s estimated 8,200 screens at 4,416 locations, The Last Airbender notched the fifth highest-grossing Thursday opening of all time, though it was far behind fourth place Indiana Jones and the Kingdom of the Crystal Skull’s $25 million and was a fraction of the last two Star Wars movies. Airbender’s $16.35 million more than doubled the Thursday start of the somewhat comparable title Jumper, and it was greater than Pokemon: The First Movie’s first day (a Wednesday) as well as Prince of Persia: The Sands of Time’s $10.2 million Friday opening.

Last Airbender’s Thursday included around $3 million from its midnight launch, which was the largest midnight start of the summer for a non-sequel. Its location count included 1,606 venues offering 3D presentations, but the 3D share was unavailable as of this writing.