CME Is Taking Hip-Hop By Storm 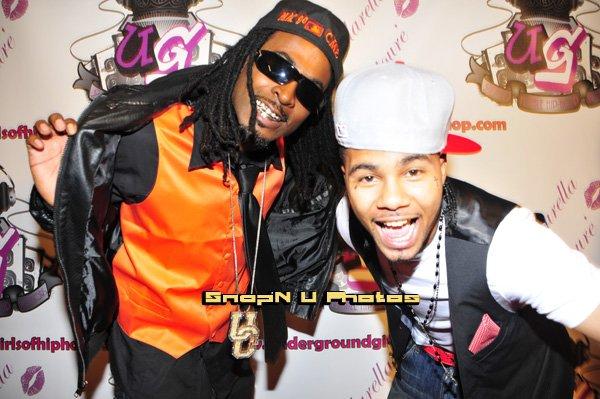 On May 22,2010 History was made. The ladies of hip-hop new and old came together to celebrate the beauty of women in hip-hop.  Performances by Ms. Toi, Queen Pen, B-Fly, Pink Dollaz and more it was off the chain. Michel’le who brought the crowd to their feet with her forever hit “Something in My Heart”, Sparky D who let the ladies in hip-hop know she still can rock a crowd waking up the room with a melody of new and old hits Sparky D is one to look out for, Closing the show was the infamous Lady of Rage who shut down the crowd with an a capella version of “Afro Puffs”. Cynderella Couture fashion show by Big Chan was amazing the fashion was definitely forward. The night was one to remember! A huge success.

A special Tribute to Queen Pen was performed by artist B-Fly and Tia P.  Also, artist Suzanna Samone aka Ferrari Barbie and Michetti teamed up to perform a tribute to the nights other Honoree “Kimberly Rivers Roberts”.

Bad Girl of Comedy “Luenell Campbell” and Slip N Slide DJ 5053 teamed up to host the event, and the laughs just kept coming as the presenters and nominees were announced.

Memorial Day 2010 went off without a Glitch. CME gave a performance of a lifetime Thanks to Billy Bad AXX and Urban Fashion Week. Not Only did they perform at Catlina Lounge on South beach. They were the talk of the town. CME will be in the studio  with Zaytoven who has produced hits for GUCCI MAN AND USHER. They are known as NWA 2010

There is NO stopping CME because they are constantly moving!