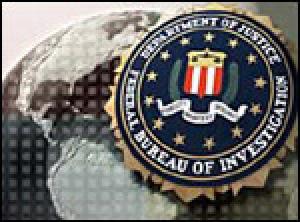 Khalid Ouazzani pleaded guilty in federal court to his role in a conspiracy to provide material support to the terrorist organization al Qaeda. He also pleaded guilty to bank fraud and money laundering. Full Story

James Ernest Lespier, 31, of Cherokee, an enrolled member of the Eastern Band of Cherokee Indians, was arrested on a charge of murder in connection with a fatal shooting which allegedly took place on the reservation on May 18, 2010. Full Story

3.San Juan: Edwin Bernard Astacio Espino Charged for the Helicopter Shooting at the San José Ward A complaint was filed against Edwin Bernard Astacio Espino for willfully damaging and/or disabling an aircraft in the special aircraft jurisdiction of the United States. The defendant shot fire at a helicopter operated by the San Juan Municipal Police in interstate or foreign commerce, along with federal and state law enforcement agents. Full Story

Eric Dodd, age 38, was indicted by a federal grand jury late Tuesday on 11 counts of bank robbery. Dodd, also known as the “Portfolio Bandit,” was arrested without incident by an FBI SWAT Team. Full Story

Thomas Darrell Bryant, age 39, of LeRoy, West Virginia, and Joe Davis Snooks, Jr., age 62, of Roundhill, Kentucky, were each sentenced to one year and one day in prison, in United States District Court, Louisville, Kentucky, for participating in a scheme to defraud the Department of Veterans Affairs (VA) through the filing of fraudulent military disability claims. Full Story

The founder and head of Chicago Development and Planning was sentenced to 15 years and eight months in prison, and ordered to pay more than $9 million in restitution for wire fraud, mail fraud, and money laundering. Full Story

Juan Rivera, Jr., 42, of Derby, pleaded guilty in New Haven to one count of conveying false information or perpetrating a hoax for making a bomb threat at a New Haven office building. Full Story

A 10-count indictment was unsealed charging six individuals with conspiracy to commit wire fraud and wire fraud. The defendants are charged with submitting false and fraudulent mortgage loan applications and related documents to banks and other lending institutions, thereby inducing the institutions to make approximately 36 loans totaling approximately $20,800,000. Full Story