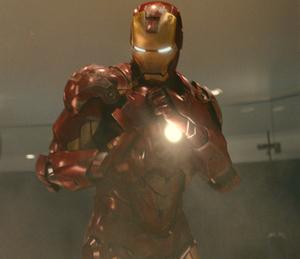 Iron Man 2 overcame Europe’s rapidly depreciating currency to rule the world again in its second weekend, cashing out approximately $59 million from 59 territories. Alice in Wonderland continued its swift climb up the all-time worldwide list, while Clash of the Titans and How to Train Your Dragon added to their already impressive takes. Newcomers A Nightmare on Elm Street and Furry Vengeance performed decently in a comparatively small number of territories.

Even with openings in China, Germany and India, Iron Man 2’s $59 million represents a 41 percent decline from its opening. In China, the movie got off to a strong $7.9 million start, which was up 39 percent from the first Iron Man’s debut two years ago. Iron Man 2 didn’t fare quite as well in Germany, where its $3.3 million weekend fell just short of its predecessor’s $3.4 million start (but was higher in terms of Euros). Specific data for Iron Man 2’s India weekend is not currently available, though it’s gross is included in the $59 million number. Without these openings, Iron Man 2’s second weekend hold would have been much worse: it experienced significant declines in Russia (63 percent), Mexico (63 percent), the United Kingdom (61 percent), France (58 percent), Spain (58 percent), South Korea (55 percent) and Italy (54 percent).

Adding to its already phenomenal international total, Alice in Wonderland was down 48 percent to $12.5 million from 5,946 theaters in 54 territories. According to Disney, Japan, Brazil and Spain accounted for 80 percent of the weekend total. Since its early March opening, Alice has amassed $629.5 million, which is good for tenth place among the highest overseas grosses ever. Worldwide, Alice is at $960.4 million and will pass Pirates of the Caribbean: At World’s End ($961 million) this week and Harry Potter and the Sorcerer’s Stone ($974.7 million) by the end of the weekend. After that, Alice aims to become the sixth movie ever to cross the $1 billion mark.

A Nightmare on Elm Street opened to a solid $6.5 million in ten foreign markets over the weekend, including a first place finish in Russia with $3 million. This was down from Friday the 13th (2009)’s $9.6 million overseas start last year, though that movie initially opened in three times as many countries. Furry Vengeance debuted to $3.9 million from four territories, including a second place finish in the U.K. ($2.7 million).

It’s important to note that these numbers were likely affected to a small degree by the Euro crash that took place over the weekend. With the European Union set to bail out the debt-ridden Greek government, international investors turned towards betting against the EU’s currency. At its lowest point this weekend, the Euro was off week-to-week around five percent against the U.S. dollar. As EU countries represent a significant portion of overseas box office, the Euro’s plummet likely caused overall receipts to decline anywhere from one to three percent more than they would have had the currency remained consistent.