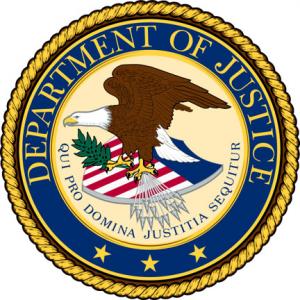 15
SHARES
ShareTweetShareShare
Pushes for Terrorist Financing Tracking Program Agreement
Earlier today I met with Prosecutor General Conde-Pumpido to discuss the many ways in which the United States and Spain can continue the excellent partnership we have established on a range of issues. Whether it is in counterterrorism, counter-narcotics, money laundering, smuggling or combating international organized crime, Spain has long been and will continue to be a strong partner for the United States.

On behalf of the United States, I thanked the Prosecutor General for Spain’s commitment to that partnership. And in a sign of how we can deepen our relationship, Prosecutor General Conde-Pumpido and I just today signed a new Memorandum of Understanding between our two agencies. Under the terms of this agreement, we will enhance cooperation in the fight against terrorism and international crime by:

Our two countries have forged a tremendous partnership in recent years, and this agreement will strengthen the ability of law enforcement officials in the United States and Spain to protect the security of both our nations.

Later today, I will also meet with Prime Minister Zapatero, Minister of Justice Francisco Caamano and Minster of Interior Alfredo Perez Rubalcaba, before the beginning tomorrow of the European Union Ministerial Conference.

One of the important issues we will address at this conference is the Terrorist Financing Tracking Program, or TFTP. The European Commission has now formally proposed a new negotiation with the United States on this important program, and we are hopeful that this will set the stage for the United States and European Union to move forward quickly toward a long-term agreement on the TFTP.

We believe this program is essential to the security of both the United States and Europe. In the years since it was launched, the TFTP has supplied more than 1500 reports and countless leads to counter-terrorism investigators in Europe alone, as well as to other countries around the world. It has played a key role in many investigations, including the disrupted Al-Qaeda plot to attack flights between the EU and the United States. Three members of Al Qaeda were convicted in Great Britain last year for their role in that plot and are now serving sentences in excess of thirty years.

We recognize there have been questions raised about this program in Europe, and one of our goals during these meetings will be to outline the extensive privacy safeguards that we have put in place to govern the TFTP. The Obama Administration is deeply committed to protecting the privacy of individuals’ data, and the safeguards contained in the program are rooted both in that commitment and in the strongest traditions of European civil liberties. The TFTP contains multiple legal, technological and practical safeguards that prevent anyone from reviewing the records of ordinary citizens unconnected to terrorism suspects, and we will be steadfast in maintaining those important protections.

The Terrorist Finance Tracking Program helps our nations protect our citizens from terrorism, and it does so consistent with our laws, our values and our commitment to individual privacy. Spain has been an important advocate for this program, and I will thank the Prime Minister today for his government’s work to secure a durable framework that ensures we do not lose this important counterterrorism tool.

I will also thank the Prime Minister for his help in our ongoing work to close the Detention Facility at Guantanamo Bay. Spain has already accepted one detainee, and has agreed to resettle four others. The cooperation of our allies is crucial to closing this facility, which has served as a recruiting tool for terrorists, and the United States greatly appreciates Spain’s assistance.

Our two nations have worked together closely on this and many other measures, and through the work we do this week, I hope we can strengthen that bond.