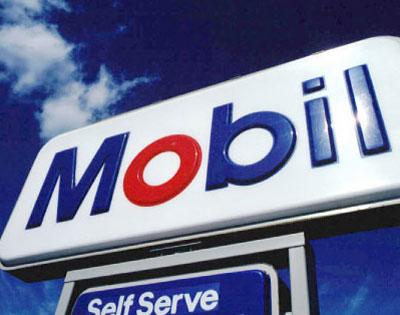 12
SHARES
ShareTweetShareShare
Mobil Oil Companies to Pay U.S. $32.2 Million to Resolve Allegations of Underpayment of Royalties from American Indian and Federal Land
Mobil Natural Gas Inc., Mobil Exploration & Producing U.S. Inc. and their affiliates have agreed to pay the United States $32.2 million to resolve claims that they violated the False Claims Act by knowingly underpaying royalties owed on natural gas produced from federal and American Indian leases, the Justice Department announced today. The Mobil companies are alleged to have systematically under reported the value of natural gas taken from the leases from March 1, 1988, to Nov. 30, 1999, and, consequently, paid less royalties than owed to the United States and various American Indian tribes.

The settlement with the Mobil companies arises from a lawsuit filed by Harold Wright on behalf of the United States. The qui tam or whistleblower provisions of the False Claims Act allow private citizens to file actions on behalf of the United States and to share in any recovery. Because Mr. Wright is deceased, his heirs will receive a $975,000 share of the settlement.

The Justice Department partially intervened against the Mobil defendants in the Wright lawsuit, and previously settled with Burlington Resources Inc. for $105.3 million, Shell Oil Co. for $56 million, Chevron Corporation, Texaco and Unocal Incorporated for $45.5 million and Dominion Exploration and Production Co. for $2 million. The Mobil companies were merged into and became subsidiaries of ExxonMobil, the world’s largest publically traded international oil and gas company in November 1999.

“The message to those who seek to evade their mineral royalty obligations is this: We will aggressively pursue you,” said Tony West, Assistant Attorney General for the Civil Division of the Department of Justice. “We at the Justice Department are committed to protecting the public trust by ensuring that those who remove valuable minerals, some of which are non-renewable, from American Indian or public lands pay their full, fair, negotiated share for those assets.”

“This settlement closes another important portion of long-standing litigation that MMS participated in to ensure that taxpayers receive their fair share of royalty revenues from energy production that occurs on federal lands,” said MMS Director Liz Birnbaum. “The revenues collected from the settlement will be disbursed to appropriate Federal, state and American Indian accounts that were affected by the underpayment of royalties.”