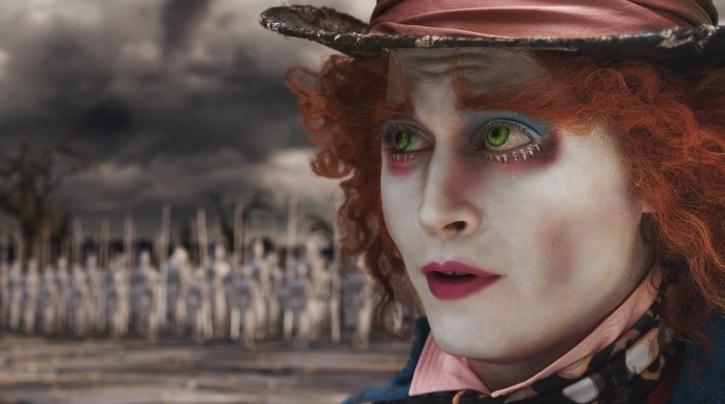 March 21, 2010 Despite solid starts from Diary of a Wimpy Kid and The Bounty Hunter, Alice in Wonderland held on to the top spot for the third weekend in a row, down 45 percent to an estimated $34.5 million. Overall, weekend business was up 20 percent from the same timeframe last year, when Knowing opened to $24.6 million. Alice in Wonderland’s $34.5 million weekend represents the sixth highest-grossing third weekend ever, and its total now sits at $265.8 million in 17 days.

On Saturday, Alice surpassed Batman to become director Tim Burton’s highest grossing movie ever, though Batman and several others still rank higher in terms of estimated attendance. Alice also topped 300 last Monday to become the highest-grossing March release ever. Despite a lack of distinctive marketing, Diary of a Wimpy Kid drew a decent crowd, opening to an estimated $21.8 million on approximately 3,400 screens at 3,077 sites. It was the biggest start ever for a non-animated, non-fantasy children’s book adaptation. In fact, Diary grossed more in its first three days than similar movies like Heavyweights, Max Keeble’s Big Move, How to Eat Fried Worms and Hoot grossed in their entire runs.

Distributor 20th Century Fox focused its advertising on drawing connections between the movie and the book series on which it’s based, even going as far as creating a stick figure poster that was nearly identical to the book covers. This move seems to have paid off as fans of the series turned out in full force. According to Fox, the audience was 51 percent female and 58 percent under 25 years old.

Debuting in third place, The Bounty Hunter bagged an estimated $21 million on around 3,700 screens at 3,074 sites. Mostly ignoring the action comedy premise, distributor Sony Pictures primarily sold the movie on the strength of lead actors Jennifer Aniston and Gerard Butler. While this strategy scored a passable showing, the movie did open lower than Butler’s last romantic comedy The Ugly Truth ($27.6 million) and recent Aniston hits He’s Just Not That Into You ($27.8 million), Marley and Me ($36.4 million) and The Break-Up ($39.2 million).

According to Sony’s exit polling, the audience was 58 percent female and evenly split between those over and under 30 years old. Opening in a distant fourth, Repo Men failed to extract much attention from moviegoers, grossing an estimated $6.2 million on close to 2,700 screens at 2,521 sites. While this falls in line with the generally poor performances of near-future thrillers, it was worse than similar fare like Push ($10.1 million), Children of Men ($10.2 million), The Island ($12.4 million) and Paycheck ($13.5 million). A “B” grade from pollster CinemaScore indicates word-of-mouth will be tepid at best.

Among second-weekend holdovers, Green Zone made an estimated $5.96 million, down a rough 58 percent, and has mustered just $24.7 million in ten days. She’s Out of My League held much better, down 38 percent to an estimated $6.02 million. Our Family Wedding dropped 50 percent to $3.8 million, while Remember Me tumbled 59 percent to $3.3 million. After four satisfactory weekends in limited release, The Ghost Writer rolled out nationwide to 819 theaters, but grossed a modest estimated $2.1 million for a total of $6.8 million. Music biography The Runaways debuted in 244 theaters, banking an unimpressive estimated $803,000, which doesn’t bode well for its planned nationwide expansion on April 9.

Ben Stiller vehicle Greenberg opened at three locations and claimed an estimated $120,000. Alice in Wonderland led the foreign box office for a third straight week, grossing an estimated $47 million in 49 markets for a total of $300 million. Add in domestic, and Alice has now made an estimated $565.8 million worldwide, passing Charlie and the Chocolate Factory to become Mr. Burton’s highest grossing movie ever worldwide. In its 14th weekend in theaters, Avatar earned $13 million, bringing its international total to an astounding $1.93 billion.

Finally, Green Zone expanded in to 23 territories, but managed a weak $7.4 million for a total of $20.4 million.