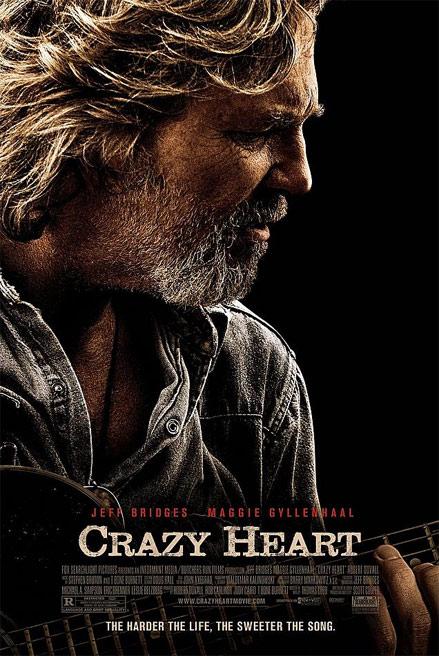 Jeff Bridges won a best actor Oscar on Sunday, his first ever Academy Award, for his role in “Crazy Heart” as a drunken country singer who finds redemption.

Bridges, the brother of Beau Bridges and the son of screen star Lloyd Bridges, was previously nominated for an Oscar four times but had never walked away with the award.

“Thank you Mom and Dad for turning me on to such a groovy profession,” Bridges said after whooping in joy, pumping his golden statuette in the air.

Bridges told the Kodak Theater audience how his father had taught him the basics of acting, while his mother egged him on to entertain guests at parties.

“They loved showbiz so much, I feel an extension of them. This is honoring them as much as it is me.”

Bridges is known for his naturalistic style and for often playing rambling and unpredictable characters, and he has long been considered an underappreciated actor.

In “Crazy Heart,” Bridges played country singer Bad Blake, who is a heavy drinker and has been relegated to playing in small bars and even a bowling alley.

He wrestles to gain control of his life after falling for a journalist and single mother, played by Maggie Gyllenhaal.

Bridges, 60, did his own singing for the role, putting his lesser known musical abilities front and center to give voice to the fictional, down-on-his-luck country star.

He was widely seen as the front-runner this year for the best actor Oscar, with several critics saying Bridges elevated an otherwise dull movie through his performance.

The other actors nominated for an Oscar were George Clooney for “Up in the Air,” Colin Firth for “A Single Man,” Morgan Freeman for “Invictus” and Jeremy Renner for “The Hurt Locker.”

Bridges grew up in an acting family and got his first role early in life, making a screen appearance as an infant in the 1951 movie “The Company She Keeps.”

He also appeared in a couple of episodes of his father’s 1950s television series “Sea Hunt,” but his first breakthrough role came in 1971 ensemble film “The Last Picture Show.”

The turn as a high school student earned Bridges his first Oscar nomination, this one in the best supporting actor category.

He earned another supporting actor nod for his role as a bank robber in the 1974 movie “Thunderbolt and Lightfoot,” playing opposite Clint Eastwood.

After that, some in Hollywood expected Bridges to rise to superstar status, but his career took a more low-key trajectory as he became known for a seemingly effortless acting style, not for blockbuster roles.

He gained a huge cult following for playing even-keeled stoner The Dude in 1998 comedy movie “The Big Lebowski.”

Bridges this year won both the Screen Actors Guild award and the Golden Globe for his role in “Crazy Heart.”