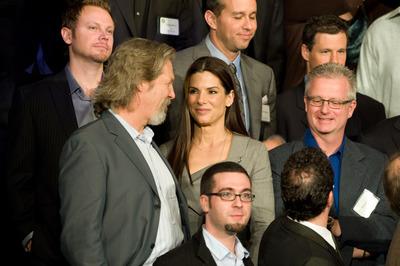 — Oscar fans in Chicago will be first in line to see the actual Oscar statuette to be presented to the Best Actor winner at the 82nd Academy Awards® on Sunday, March 7. The statuette will be part of the Academy of Motion Picture Arts and Sciences’ “Meet the Oscars®, Chicago,” presented by Kodak, at The Shops at North Bridge on Michigan Avenue. The exhibition will open Thursday, February 25, and run through Sunday, March 7. Hours are Monday through Saturday from 10 a.m. to 7 p.m., and Sunday from 11 a.m. to 6 p.m. Admission is free.

“Meet the Oscars, Chicago” also will give movie fans the opportunity to have their picture taken holding an actual Oscar statuette. “Kodak is proud to partner with the Academy and to help bring the excitement of the Oscars directly to the movie-loving audience,” said Kim Snyder, president and general manager of Kodak’s Entertainment Imaging Group Division. “This partnership is natural fit for Kodak and a great way to celebrate Kodak’s and the Academy’s shared history in filmmaking.”

The exhibition will include the statuette that actress Bette Davis won for her role in “Jezebel” (1939). Davis’s Oscar was purchased at auction by an anonymous buyer in 2001 and returned to the Academy. The anonymous buyer was later revealed to be Steven Spielberg. (The statuette is one of three purchased by Spielberg and returned to the Academy.) “Meet the Oscars, Chicago” also will feature a display of Oscars in various stages of completion, as manufactured by Chicago’s own R.S. Owens & Company, and the Oscar awarded to the DuPont Film Manufacturing Corporation and Eastman Kodak Company in 1930/31 for super-sensitive panchromatic film.

On Friday, March 5, the statuette designated for this year’s Best Actor will make its way back to Hollywood where it will be reunited with the rest of the Oscars to be presented on Sunday, March 7.

Academy Awards for outstanding film achievements of 2009 will be presented on Sunday, March 7, 2010, at the Kodak Theatre at Hollywood & Highland Center®, and televised live by the ABC Television Network beginning at 5 p.m. PT/8 p.m. ET. The Oscar presentation also will be televised live in more than 200 countries worldwide.