Will Apple Change The Way We Work? Again 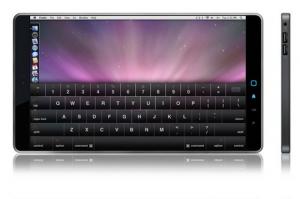 With the 2010 Consumer Electronics Show behind us, the eyes of influencers, pundits, marketers, and other technology representatives have their eyes fixed westward towards Cupertino amidst strong rumors of new, touchable, game-changing devices.

Earlier today, Apple sent out private invitations to reporters to a special event on January 27 asking reporters to “come see our latest creation” – many speculating that this will be the unveiling of the highly anticipated Apple Tablet and Touchscreen computers.

Although specifications are merely speculation at this point, the long standing rumor is that Apple will be launching a touch-screen device with a screen in the range of 7-to-10 inches designed to present a variety of multimedia content and internet browsing in a form factor with incredible aesthetic design you’ve come to expect from Steve Jobs and Co.

Some liken it to being an “iPhone on steroids,” however, this isn’t the only touchable device scheduled to show. According to another report that hit the wire this morning, it appears that Apple will also be entering the touchscreen PC market with the introduction of the 22-inch, touch-enabled iMac desktop computer later this year. Specifications on this device are similarly scarce, but its existence has been all but confirmed as of today.

Several thought-provoking questions still remain. First: What will be the operating system driving these new devices? Secondly, will we see an expansion in the iPhone application development market with a whole new set of apps specifically designed for the new tablet? And thirdly, with an uncanny adoption rate expected, will we be seeing the early stages of extinction for the mouse

Many rumors seem to point to the portable tablet device using the famed iPhone operating system tweaked for the big screen. As for the iMac touchscreen, the answer is a bit more unclear, although I would guess a gesture-based version of OSX to be the helm of the new PC.

The possible expansion of the iPhone application development market is compelling to say the least. Many, including myself, expect Google’s Android to steal the mobile app limelight away from Apple in 2010, but if the tablet becomes another homerun hit for Cupertino, it will further solidify the App Store’s position as the absolute leader in the space. More apps will be created, more developers will adopt the platform, and mobile technologies will continue to gain ground on Elance.

As for the mouse, its future doesn’t look so bright. The iPhone’s gesture-based controls have all but killed the long-used PDA stylus in the mobile phone world, and Apple’s expectedly elegant implementation of touch in both a tablet and desktop PC could spark the initial shift away from the mouse and reinvent the way all users interact with their data.

Don’t get me wrong – touchscreen and multi-touch devices have been making their way into the market, but the adoption rate in the general computing space can be described as lethargic. But with the buzz surrounding January 27 reaching immeasurable levels, we might for the first time unanimously embrace the thought of touching our PCs and ultimately changing the way we work.

I know I will.