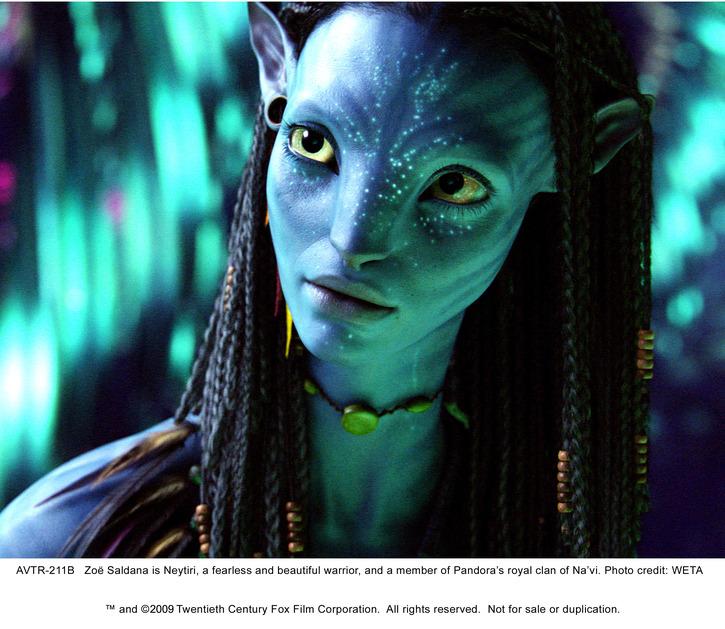 For the four-day Martin Luther King, Jr. weekend, Avatar pulled in $54.4 million, eclipsing Cloverfield’s $46.1 million as the biggest gross the holiday period has ever seen. Debuting in second place, The Book of Eli was no slouch either, grossing $38.4 million, which was the holiday’s fourth-biggest ever. As busy as the weekend was, though, it couldn’t match last year’s MLK record, which saw five movies gross over $20 million, led by the debut of Paul Blart: Mall Cop.

Avatar hovered atop the box office for the fifth weekend in a row, the first time that’s happened since The Sixth Sense back in 1999, and it racked up several other milestones in the process. Its total stands at a monumental $504.9 million in 32 days, making it the fastest picture to cross the $500 million mark. The Dark Knight did it in 45 days, while Titanic took 98 days (or 50 days adjusted for ticket price inflation). With a $42.8 million Friday-to-Sunday take, Avatar not only had the smallest decline of the weekend (15 percent), but it broke the record for highest-grossing fifth weekend, formerly held by Titanic’s $30 million (though Titanic still retains the crown in terms of attendance).

At the foreign box office, Avatar continued to rage, blazing past the $1 billion mark in record time and delivering the biggest fifth week gross ever. From 111 markets, it generated $128.5 million, which was down 15 percent from last week, and its total climbed to $1.115 billion. That included a record-setting debut in its final market, Italy, where it made $15.2 million. China, though, was Avatar’s top market of the week at $17.9 million, and the movie is already the country’s highest grosser ever with $75.6 million in the till. Avatar also took that honor in South Korea with a $70.7 million tally. France remains Avatar’s biggest market overall with $115.3 million.

Returning to domestic, The Book of Eli played on approximately 4,100 screens at 3,111 sites, and its $32.8 million Friday-to-Sunday take was the fourth highest-grossing January opening weekend ever and the second-highest for star Denzel Washington (behind American Gangster). A tad reminiscent of I Am Legend with its savior-in-a-post-apocalyptic world angle, Book of Eli was sold as a starkly stylized action-adventure featuring one of the more bankable stars in Mr. Washington, and the opening was well above average among similar movie, more than tripling the starts for Children of Men and Babylon A.D. Distributor Warner Bros.’ exit polling indicated that 60 percent of the audience was male and 65 percent was under 35 years old.

Striking third place in its nationwide launch, The Lovely Bones rattled more loudly than its relatively modest limited run might have suggested, drawing a $19.9 million four-day on around 2,800 screens at 2,563 sites. Among comparable titles, that more than doubled The Invisible’s start, though attendance was lower than What Dreams May Come. Distributor Paramount Pictures’ marketing targeted young females, selling the picture as a supernatural thriller, emotionally charged with its father-daughter relationship. The studio’s research showed an audience composition of 72 percent female and 40 percent 20 years old and younger.

The Spy Next Door stumbled with a $12.9 million four-day on approximately 3,200 screens at 2,924 sites, which was around one third of Paul Blart: Mall Cop’s MLK opening and well below par for a family action comedy. The Tuxedo was the last time lead Jackie Chan played a spy, and that sold about twice as many tickets out of the gate. Curiously, Spy Next Door’s advertising featured clips from Tuxedo, and the rest of it was a random rehash of The Pacifier.

Among holdovers, Alvin and the Chipmunks: The Squeakquel continued to out-pace its predecessor, making a $15.3 million four-day for a $196.4 million tally in 27 days. Sherlock Holmes didn’t hold as well but nonetheless claimed a $12 million four-day, lifting its total to $182.2 million in 25 days. It’s Complicated, The Blind Side and Up in the Air all posted solid numbers again, but the second-weekend drain for Daybreakers was much bigger than the norm. The vampire horror plunged 66 percent Friday-to-Sunday, and its total was $25.3 million in 11 days.