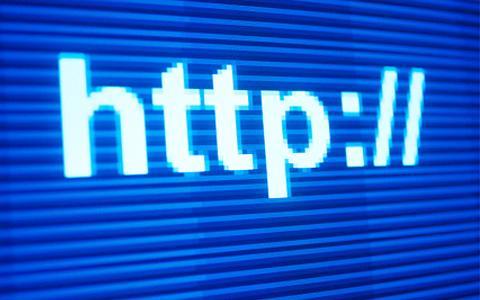 Since the first web browser appeared on computer screens in 1994, the Internet has radically changed global communication.  With instant access to messaging and email, the ability to circulate commentary and opinion has revolutionized the way people communicate.  This has had an affect on language and writing, but people still debate the scope of these changes, and whether or not they’re for the better.

Eleanor Johnson is a professor in the English and Comparative literature department at Columbia University who attributes a growing misuse of language to the explosion of electronic communication.

“I think that text messaging has made students believe that it’s far more acceptable than it actually is to just make screamingly atrocious spelling and grammatical errors,” she said.

Johnson says that her students, over the past several years, have increasingly used a more informal English vocabulary in formal assignments.  University-level research papers, she says, are now being peppered with casual phrases like “you know” and words like “guy” informal usages that were absent almost a decade ago.  She attributes the change to instant and casual communication.  She’s also seen an increase in incorrect word use, with students reaching for a word that sounds correct, whose proper meaning is just a bit off from what they intend to say.

“For instance, using the word ‘preclude’ to mean ‘precede.’  Yeah, it sounds like ‘precede,’ but it means ‘prevent.’ And yet ‘preclude’ is not a particularly erudite term.  It just sounds a tiny bit fancier than precede and actually means something totally different,” she said.

Johnson says this kind of inaccurate word choice is happening so often now that she devotes a section of her class to the problem.

David Crystal is a British linguist and author of over 100 books, including 2001’s Language and the Internet.  Crystal says the dynamic nature of the Internet makes it difficult for comprehensive analysis of its effects to stay up-to-date.  He had to revise the book in 2006 to keep up with the changing technology.  But Crystal believes that the impact of the worldwide web on language remains minimal.  “When we look at the specific effect of the Internet on language, languages asking the question, has English become a different language as a result of the Internet, the answer has to be no,” he said.

Crystal says linguistic changes caused by the Internet run parallel to changes in the existing lexicon.  What we are not seeing is an alteration, but additions to the language.  Crystal also points to several studies by scholars of the Coventry University in England and University of Washington that support the same theme.

“The main effect of the Internet on language has been to increase the expressive richness of language, providing the language with a new set of communicative dimensions that haven’t existed in the past,” he said.

Erin Jansen, founder of Netlingo, an online dictionary of Internet and text messaging terms, also says the new technology has not fundamentally changed existing language but added immensely to the vocabulary.  Jansen has worked in the Internet industry since 1994 and agrees with Crystal that what we’re seeing is more ways to use language to communicate.

“Basically it’s a freedom of expression,” she said.

Jansen says that while she has heard from frustrated educators about the new kinds of mistakes in spelling and grammar in student work, the expanding means of expression brings benefits to the classroom as well.

“I always advocate, don’t get angry or upset about that, get creative.  If it’s helping the kids write more or communicate more in their first draft, that’s great, that’s what teachers and educators want, to get students communicating,” she said.

Both Crystal and Jansen point to email as an example of people misunderstanding the Internet’s overall effect.  They say that electronic mail is often informal, and so many people do not use proper spelling or grammar.  But they say this is more a reflection on the nature of the message then the writer’s ability to use language correctly.

“If you say, just because I’m using abbreviated forms, as I do, and change my punctuation, as I do, when I’m sending email, that it’s affecting the rest of my written language, that, I’m afraid, simply doesn’t happen,” he said.

While Eleanor Johnson believes there is a strong connection between widespread mistakes in writing and Internet usage, she concedes that the scientific evidence might not exist yet to confirm her suspicions.  As an educator, however, Johnson says that there is no other widespread cultural innovation to explain the radical shift in language usage she’s seen over the past few years.

While the Internet’s use of language might change rapidly over the next few years, Johnson, Crystal and Jansen all point out that educators need to ensure that students maintain an academic understanding of the use and rules of language.

“One of the biggest things that should happen in relation to the Internet is that kids and adults, too, should be taught to manage it,” he said.