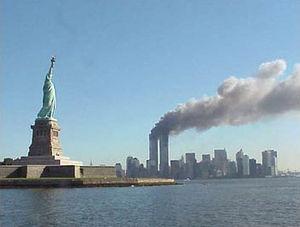 The following op-ed, published on January 11, 2010 in The New York Post, was written by former FBI Assistant Director James Kallstrom. Kallstrom, who is currently a member of the FBI Director’s Advisory Group, was also director of the New York Homeland Security Agency.

Ever since 9/11, critics have suggested that the FBI isn’t up to its task as our nation’s lead counterterrorism agency.

Yet, as the nation focused on the failures of the intelligence community in the Christmas Day bombing attempt over Detroit, last Friday saw two more arrests in the ongoing FBI investigation of a plot to bomb New York City first exposed by the September arrest of Najibullah Zazi.

It’s easy to stand on the periphery, without the benefit of real-world experience, and render judgments with the benefit of hindsight. But counterterrorism cases are extremely complex and often require a relatively quick series of judgments, often with incomplete information. Counterterror investigations and intelligence gathering aren’t black and white, simple, or easy.

America went on a war footing against terrorism only after 9/11. Before then, our government viewed international terrorism strictly as a law-enforcement matter, giving the FBI the responsibility to address it. In that period, the FBI had significant accomplishments, including the apprehension of the 1993 World Trade Center bombers within six days; preventing attacks on New York’s most important landmarks with the arrest and conviction of the “Blind Sheik;” sending agents in 1998 to East Africa, where they quickly solved the two US embassy bombing cases without the assets normally available to investigators in America; and, in 2000, dispatching agents after the USS Cole bombing to Yemen, where they determined that al Qaeda terrorists had carried out the bombing. During this period, the Justice Department severely and unnecessarily restricted the FBI’s ability to share intelligence information, and Congress acted haltingly to properly resource, fund and provide the legal framework for the FBI’s counterterrorism program, including new technology required to defend the nation.

Post-9/11, as al Qaeda and other Muslim extremist groups have demonstrated their obsession with radicalizing U.S. Muslims, the FBI has disrupted a number of plots.

While some claim that collecting and analyzing intelligence is a new phenomenon in the FBI culture, in fact, the FBI’s intelligence and counterintelligence mission began before World War II and predates the creation of the fabled OSS and the CIA. Indeed, the FBI has long honed the skills and techniques necessary for success in protecting against international terrorism—using informants, undercover operations, and court-ordered electronic surveillance. Historically, the FBI has collected and analyzed information, whether the threat was the Soviet Union, domestic terrorist groups like the Klu Klux Klan, or organized crime.

Yet such critics as Gabriel Schoenfeld (in his Dec. 4 Post op-ed, “The FBI Bungles on Terror Again”) assert, “It’s high time to look at creating a new and separate domestic counterterrorism…agency along the lines of Great Britain’s MI5.”

In evaluating this naive and discredited suggestion, we need to consider the following:

This isn’t to say the FBI can’t do a better job integrating these disciplines and more broadly coordinating within the larger intelligence and law enforcement communities. Yet the fact these structures don’t always perform seamlessly doesn’t suggest the current process is dysfunctional.

Having devoted a considerable amount of my life in the “arena,” I am confident the dedicated men and women of the FBI will continue to perform at a very high professional level to protect this great nation, while adhering to constitutional principles and the rule of law.