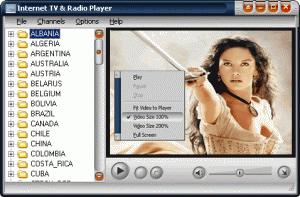 “The innovations unveiled this week at the 2010 International CES brought new optimism and opportunity to our industry and the global economy,” said Gary Shapiro, president and CEO, CEA. “This show exceeded expectations with its innovation, optimism and excitement. What a great way to kick off the new decade.”

“The 2010 CES featured a record number of new exhibit areas on the show floor highlighting cutting-edge technology trends that will redefine our industry,” said Karen Chupka, senior vice president, events and conferences, CEA. “The iLounge Pavilion included 100 companies and featured the latest apps and accessories for iPod, iPhone and Mac products – the largest display of its kind in CES history – and areas such as Living in Digital Times unveiled the next generation of innovation for consumers of all demographics.”

More than 250 conference sessions took place over the four days of the 2010 CES spanning industry topics ranging from distracted driving to social media. The new conference program focused on entertainment content, Up Next at CES, featured content industry executives and actors Richard Dreyfus and Jason Bateman, who announced DumbDumb, a sponsor-driven advertising and production company.

At show close, preliminary registration figures indicate more than 120,000 industry professionals attended the 2010 International CES, up from the 2009 CES which hosted 113,085 verified attendees. International attendance also increased over the 2009 CES by more than 1,000 attendees. More than 5,000 reporters, analysts and bloggers attended the show, generating significant global media coverage of the 2010 CES. CEA conducts an independent audit of International CES attendance and the final verified figures will be released in the spring.

An additional press release will be issued later this week highlighting the innovative technology products launched at the 2010 International CES. The 2011 International CES will be held in Las Vegas, January 6-9, 2011.

“There is only one place to experience the breadth of innovation in the consumer technology market,” said Jay Buchanan, Electronics Division Director, Nebraska Furniture Mart, Inc.

“This is where we chose to showcase two fundamental innovations,” said Henry E. Juszkiewicz, CEO, Gibson Guitar Corp. “At CES we get opinion leaders, press, bloggers and influencers. No other show or event allows us this exposure and ability to brand build.”