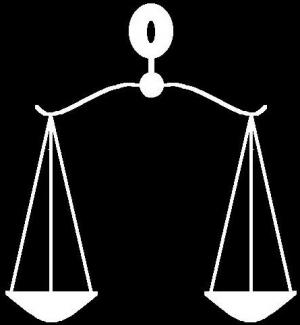 – The Justice Department today filed a lawsuit against the state of New Jersey and the New Jersey Civil Service Commission alleging a pattern or practice of employment discrimination against African-Americans and Hispanics, in violation of Title VII of the Civil Rights Act of 1964. The complaint challenges New Jersey’s use of a written examination for promotion to the rank of police sergeant in localities throughout the state.

The United States’ complaint alleges that African-American and Hispanic candidates for promotion to sergeant pass the examination at significantly lower rates than white candidates. The complaint also alleges that even those African-American and Hispanic candidates who pass the examination suffer discrimination because their passing examination scores are significantly lower than those of white candidates, and New Jersey certifies candidates for promotion to police sergeant in descending rank-order based primarily upon each candidate’s written examination score. The complaint concludes that New Jersey’s use of the examination violates Title VII because the state has not demonstrated that its pass/fail use of the police sergeant written examination or its certification of candidates in descending rank-order to local jurisdictions is job related and consistent with business necessity.

Title VII prohibits discrimination in employment on the basis of race, color, sex, national origin or religion. Title VII prohibits not only intentional discrimination, but also the use of employment practices – like the state’s written examination for police sergeant in this case – that result in a disparate impact upon a protected group, unless the defendant can prove that such practices are job related and consistent with business necessity.

According to the complaint, New Jersey administers the challenged written examination as part of its police sergeant promotional process for local jurisdictions that participate in its civil service system. Police officers in participating local jurisdictions cannot be considered for promotion to police sergeant unless they take and pass the written examination. Currently, 18 of New Jersey’s 20 largest cities and townships (all but Cherry Hill and Edison Township), and 20 of New Jersey’s 21 counties (all but Somerset County), participate in the state’s civil service system. According to information the Justice Department received from New Jersey, at least 120 local police jurisdictions participated in the state’s police sergeant examination promotion process during the time frame of the Justice Department’s pre-suit investigation.

“This complaint should send a clear message to all public employers that employment practices with unlawful discriminatory impact on account of race or national origin will not be tolerated,” said Thomas Perez, Assistant Attorney General for the Civil Rights Division. “The Justice Department will take all necessary action to ensure that such discriminatory practices are eliminated and that the victims of such practices are made whole.”

The Justice Department is seeking a court order enjoining New Jersey from continuing to discriminate against African-Americans and Hispanics in violation of Title VII and, specifically, from continuing to use the challenged examination in a manner that does not meet the requirements of Title VII. The Justice Department also is asking the court to order New Jersey to provide make-whole relief (including, where appropriate, offers of promotion, backpay and retroactive seniority) to individual African-Americans and Hispanics who have been or will be harmed as a result of the state’s use of the examination.

Additional information about Title VII and other federal employment laws is available on the Civil Rights Division’s Web site at http://www.justice.gov/crt/.