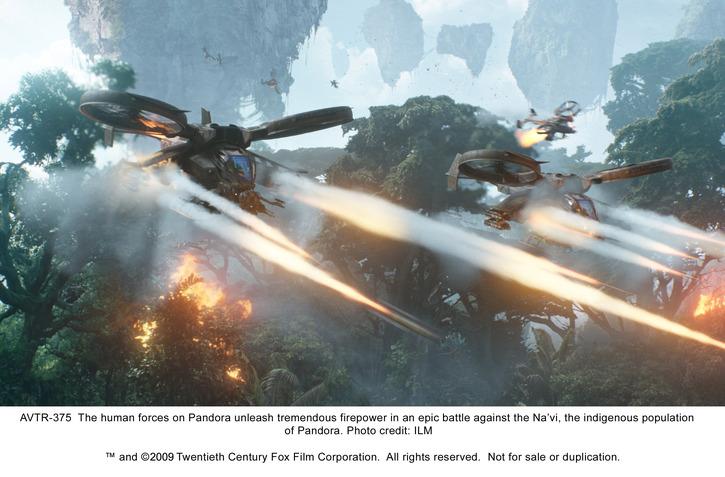 This New Year’s weekend was the biggest-grossing ever, fueled by the highest gross ever posted by a single movie on the holiday. Easing ten percent, Avatar generated a whopping estimated $68.3 million, claiming the New Year’s record from Meet the Fockers’ $41.7 million. More importantly, it delivered the highest-grossing third weekend ever, surpassing the first Spider-Man’s $45 million, and it raced past the $350 million mark in just 17 days, second only to The Dark Knight’s two-week sprint.

Among 2009 releases, Avatar already ranks second to Transformers: Revenge of the Fallen’ $402.1 million, which it will soon eclipse. Avatar’s performance is so monumental that picture has shot up to the 15th spot on the all time chart and it’s likely to give The Dark Knight and Titanic a run for their money.

Avatar’s costlier 3D tickets help its cause but do not diminish its achievements, and it has blown the roof off the format’s previous highs. 3D presentations again accounted for 75 percent of the gross (including another estimated $8.4 million from IMAX) On the foreign front, Avatar grossed an enormous estimated $133 million, down around 13 percent from last weekend, and its total soared to $666.7 million in just 21 days, which is the fourth biggest haul ever.

Throw in domestic’s $352.1 million, and the picture’s worldwide take crested the billion dollar mark. With $1.02 billion, it’s the fourth highest-grossing picture ever worldwide, surpassing The Dark Knight, and, in a matter of days, it will leap frog over The Lord of the Rings: The Return of the King and Pirates of the Caribbean: Dead Man’s Chest to claim second place behind Titanic’s $1.84 billion.

Below Avatar business was booming as well. The Blind Side crossed the $200 million line, a remarkable feat for a sports-themed drama (or any drama for that matter), and, adjusted for ticket price inflation, only the first four Rocky movies would rate higher. For the weekend, Blind business was up ten percent to an estimated $12.7 million, and the tally is $209.1 million in 45 days. Last weekend’s big launches, Sherlock Holmes and Alvin and the Chipmunks: The Squeakquel, continued to bustle despite slowing at a faster rate. Sherlock dipped 38 percent to an estimated $38.4 million, lifting its total to $140.7 million in ten days or more than National Treasure: Book of Secrets at the same point. Off 25 percent, Alvin churned out an estimated $36.6 million, and it sits well ahead of its predecessor: The Squeakquel has made $157.3 million in 12 days, a tally that the first Alvin and the Chipmunks took 20 days to hit. Though not as rambunctious as Sherlock and Alvin, It’s Complicated notched a solid estimated $18.7 million, down 15 percent for a potent $59.1 million total in ten days.

On par with last weekend, Up in the Air continued to fare pretty well, earning an estimated $11.4 million and raising its tally to $45 million. Meanwhile, The Princess and the Frog had a slight holiday bump, up 11 percent to an estimated $10 million for an $86.1 million total. Last Weekend • Christmas Booms with ‘Avatar,’ ‘Sherlock,’ ‘Alvin’