Where We Stand on Healthcare Reforms – President Obama 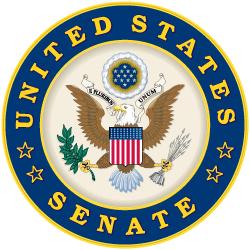 Early this morning, the Senate made history and health reform cleared its most important hurdle yet — garnering the 60 votes needed to move toward a final vote in that chamber later this week.

This marks the first time in our nation’s history that comprehensive health reform has come to this point. And it appears that the American people will soon realize the genuine reform that offers security to those who have health insurance and affordable options to those who do not.

After a nearly century-long struggle, we are now on the cusp of making health insurance reform a reality in the United States of America.

As with any legislation, compromise is part of the process. But I’m pleased that recently added provisions have made this landmark bill even stronger. Between the time when the bill passes and the time when the insurance exchanges get up and running, insurance companies that try to jack up their rates do so at their own peril. Those who hike their prices may be barred from selling plans on the exchanges.

A recent amendment has made these protections even stronger. Insurance companies will now be prohibited from denying coverage to children immediately after this bill passes. There’s also explicit language in this bill that will protect a patient’s choice of doctor. And small businesses will get additional assistance as well.

These protections are in addition to the ones we’ve been talking about for some time. No longer will insurance companies be able to drop your coverage if you become sick and no longer will you have to pay unlimited amounts out of your own pocket for treatments that you need.

Under this bill families will save on their premiums; businesses that would see their costs rise if we don’t act will save money now and in the future. This bill will strengthen Medicare and extend the life of the program. Because it’s paid for and gets rid of waste and inefficiency in our health care system, this will be the largest deficit reduction plan in over a decade.

Finally, this reform will extend coverage to more than 30 million Americans who don’t have it.

And your passion, your work, your organizing helped make all of this possible. Now it’s time to finish the job.