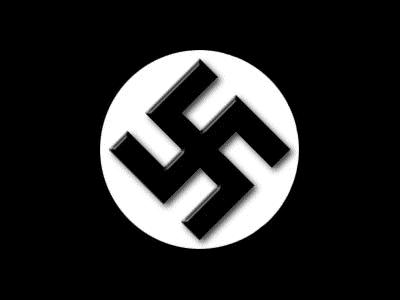 9
SHARES
ShareTweetShareShare
—  While the First Amendment protects our ability to express views even if unpopular, it does not provide a license to threaten, intimidate, and inflict emotional distress– Assistant Attorney General Perez–
William A. “Bill” White, the self-proclaimed commander of the neo-Nazi group the American National Socialist Workers Party, was convicted by a federal jury for threatening three individuals and for attempting to intimidate litigants in a federal housing discrimination lawsuit, the Justice Department announced. White was convicted today of three counts of communicating threats in interstate commerce, and one count of witness intimidation.

According to the testimony at trial, from late 2006 through mid-2008, White targeted individuals and engaged in a pattern of threatening communications which resulted in those individuals fearing for their personal safety. These communications included late night telephone calls to the victims’ homes, during which he would identify himself as the leader of a white supremacist group; emails to the victims in which he would make threatening statements; and posting the victims’ names, addresses, phone numbers, and other personal information on neo-Nazi Web sites, sometimes accompanied by language advocating the murder of the targeted victim.

In one instance, White threatened a bank employee because of a personal financial dispute. In another instance, he sent letters marked with swastikas to the homes of individuals involved in a federal housing discrimination suit, filled with racial epithets and causing the victims to feel that they may suffer dire consequences for their participation in the lawsuit. Other counts of conviction victims included threats to a human rights lawyer from Canada and threats to a university administrator who was responsible for implementing a diversity program. White was acquitted of three additional counts.

White faces a maximum punishment of 25 years: a maximum of 10 years in prison for witness intimidation; and a maximum of five years imprisonment for each of the three counts of communicating threats in interstate commerce. Each of the aforementioned charges entails a potential fine of up to $250,000.00. Sentencing is set for [date].

“One of the greatest truths about our nation is that everyone has the right to be free from threats violence because of the color of their skin, the language they speak or the country from which they come. Those individuals who are driven by bigotry to violate that right will be brought to justice,” said Assistant Attorney General Perez. “The jury’s verdict in this case sends a strong message that hate crimes will not be tolerated on our free society.”

“For an extended period of time, William White has hidden behind the First Amendment while making racist remarks and threatening people who are different from him.  While the First Amendment protects our ability to express views even if unpopular, it does not provide a license to threaten, intimidate, and inflict emotional distress,”

U.S. Attorney Timothy Heaphy for the Western District of Virginia said, “William White did just that, using hateful words as a sword.  We appreciate the strength of the victims of those hateful words.  Because they came forward, William White will be held accountable for his misguided attempt at intimidation.”