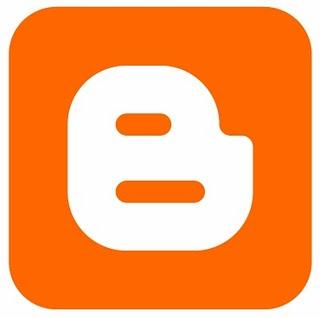 A former FBI contract linguist pleaded guilty today to unlawfully providing classified documents to the host of an Internet blog who then published information derived from those documents on the blog.

Shamai Kedem Leibowitz, aka Samuel Shamai Leibowitz, 39, of Silver Spring, Md., pleaded guilty in federal court in Greenbelt, Md., to a one-count information charging him with knowingly and willfully disclosing to an unauthorized person five FBI documents classified at the “secret” level that contained classified information concerning the communication intelligence activities of the United States.

Under the plea agreement, the government and Leibowitz have agreed that a term of 20 months in prison is the appropriate sentence in this case.  The court may accept or reject the plea agreement between the government and Leibowitz.  In addition, the court retains discretion to impose any lawful term of supervised release or fine, and to set any lawful conditions of supervised release.

“The willful disclosure of classified information to those not entitled to receive it is a serious crime,” said David Kris, Assistant Attorney General for National Security. “Today’s guilty plea should serve as a warning to anyone in government who would consider compromising our nation’s secrets.”

“Government employees who are given access to classified information are prohibited from disclosing the information without permission,” said U.S. Attorney Rod J. Rosenstein.

“As a trusted member of the FBI ranks, Leibowitz abused the trust of the FBI and the American public by using his access to classified information for his own purposes,” said Special Agent in Charge Richard A. McFeely.

According to the plea agreement, from January 2009 through August 2009, Leibowitz was employed by the FBI as a contract linguist in an office in Calverton, Md. As part of his official duties, Leibowitz held a top secret security clearance and had lawful access to classified documents and information relating to the communication intelligence activities of the United States.

In April 2009, according to the plea agreement, Leibowitz knowingly and willfully caused five documents that were classified at the secret level and which contained classified information relating to the communication intelligence activities of the United States, to be furnished to a person not entitled to receive such information.

The recipient was the host of a public blog available to anyone with access to the Internet. The recipient then published on the blog information derived from the classified documents provided by Leibowitz.

This investigation was conducted by the FBI Baltimore Field Office. The prosecution is being handled by Assistant U.S. Attorney Steven M. Dunne, of the U.S. Attorney’s Office for the District of Maryland, and Trial Attorney Kathleen M. Kedian, of the Counterespionage Section of the Justice Department’s National Security Division.