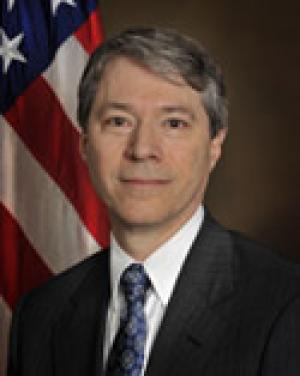 “David Ogden has been an invaluable leader for the Department of Justice and for this Administration,” said Attorney General Eric Holder. “From leading the transition team that established early goals for the Department to spearheading major initiatives such as our effort to fight health care fraud, he has been an effective and diligent advocate for the American people. Through his work here, he has helped reinvigorate the Department’s traditional missions, restore its reputation for independence, and make the country safer and more secure. I am sorry to see him go, and I thank him for his service to the Department and to the nation.”

Prior to his confirmation, Deputy Attorney General Ogden was a partner at the law firm of WilmerHale, which he joined in 2001. He previously served in senior positions at the Department of Justice during the Clinton Administration.

“I took a leave from my practice of law thirteen months ago on Election Day to lead the Department of Justice transition for President Obama. My hope then was to identify the goals for a successful transition at a critical time for the Department, when its credibility was under attack and when its traditional law enforcement missions had suffered. During the transition, President-elect Obama and Attorney General-designate Holder asked me to serve as the Deputy Attorney General, which gave me the opportunity to complete the transition process and see the Department solidly on a path to achieving those goals. I accepted that challenge, with the intention of returning to my practice as soon as I felt the Department was firmly on that path.

“I believe the objectives established over a year ago have been accomplished. In order to afford the President and the Attorney General sufficient time to identify my successor and to ensure a smooth transition, I have agreed to continue to serve until February 5, 2010, when I will step down to return to private practice.

“The Department today is on the path we first set out over a year ago. First, we have reinvigorated the Department’s traditional law enforcement mission with new resources and new initiatives. I am proud of the work we have done in establishing a Financial Fraud Enforcement Task Force to fight financial crime, leading a Health Care Prevention Task Force that has already pursued major prosecutions, establishing a Border Working Group to combat Mexican cartels, and attacking international organized crime through increased intelligence sharing with our partners. We have implemented new policies to stem the terrible tide of violence against women and children in Indian Country, crafted budgets that will provide critical new funding for law enforcement, civil rights and our nation’s prison system, and we will soon make key recommendations for reforms of sentencing and corrections policy. I appreciate the Attorney General’s having asked me to lead these initiatives and am proud of the progress we have made.

“Second, we have taken significant steps to ensure that we vigorously protect our national security consistent with the rule of law, including working closely with the FBI and the Intelligence Community on major counter-terrorism investigations, working on closing the detention facility at Guantanamo Bay and bringing perpetrators to justice in federal courts or military commissions, and developing a new policy for effective and lawful interrogations.

“Third, we have substantially restored the Department’s historically strong relationship with state, local, and tribal law enforcement through outreach and inclusion on the Department’s major initiatives including the Financial Fraud Enforcement Task Force and HEAT.

“And finally, we have put in place a terrific senior management team that under the Attorney General’s leadership will build on this foundation. Through our work in each of these areas, the goals I hoped to achieve when I accepted this position either have been or soon will be fulfilled. The Department is in good hands, and I feel I can now return to the private practice I have missed these thirteen months.

“It has been a singular privilege to work alongside the Department’s dedicated career professionals, whose commitment to the national interest and the cause of justice is an inspiration to me. I am very grateful to President Obama and Attorney General Holder for the opportunity to serve my country and the Department of Justice in this Administration, and I will continue to assist them in any way possible.”