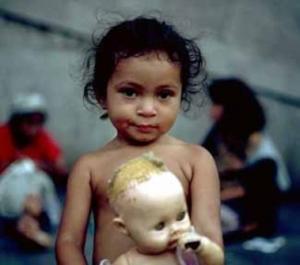 The Human Rights Council devoted a full-day discussion with two panels on children’s rights to mark the 20th anniversary of the Convention on the Rights of the Child (CRC). The discussion focused on the achievements and challenges in implementing the Convention at both international and national levels.

“Children are no longer regarded as the property of parents or the passive recipients of charity or goodwill, but as rights-holders,” said High Commissioner for Human Rights Navi Pillay when she opened the first panel on 11 March.

“There is no doubt that the Convention has transformed the way we view children,” she said, adding that such a conceptual shift also underscored governments’ accountability to fulfil their obligations towards children’s rights.

The UN Study on Violence against Children reported that some 80 to 98 per cent of children suffer physical punishment in their homes, while the World Health Organization in 2002 estimated that 150 million girls and 73 million boys under 18 experienced forced sexual intercourse or other forms of sexual violence.

Yet, all too often, crimes and violence against children continue to go unpunished.

The High Commissioner urged all to remain vigilant and “translate our commitment, engagement, and work on children’s rights into a tangible reality for each and every one of them.”

“Children represent over one-third of the world population and we owe to them to devote specific attention to their situation. It is wrong to assume that by addressing a human rights situation in general we would necessarily also cover children,” said panellist Asma Jahangir, Chair of the Coordination Committee of Special Procedures.

Also on the panel was Maud de Boer-Buquichio, Deputy Secretary-General of the Council of Europe, who highlighted the regional organization’s efforts to promote and protect children’s rights.

“The starting point for our work is in recognizing that children are not mini-persons with mini-human rights –- in fact they need more protection, not less,” she said, and that “adults want children to grow up and respect the world they are born in. It is high time that our adult world also respect children’s rights.”

“Children’s rights are at risk in every country of the world,” said Deputy High Commissioner Kyung-wha Kang when opening the second panel.

She emphasized the obligation of States parties to review all domestic legislation to ensure full compliance with the Convention, and that effective remedies must be available to redress violations of social and cultural rights, as well as civil and political rights of children.

On the sideline of the panel discussion, a free, multilingual and family-friendly website aimed at promoting children’s rights was launched in an event called “Children Know your Rights with CyberDodo” at the Human Rights Council.