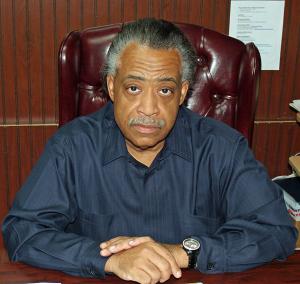 Special To The Black Star News

A special lifetime achievement award will also be presented to honor the contributions of Elombe Brath, the great historian and Pan-African.

“Towards the end of the year, we always think it’s good to pause and count life’s blessings, including waking up every morning,” says Milton Allimadi, Publisher and CEO of The Black Star News co.

“Even though the recession isn’t yet behind us, we felt it was worth acknowledging achievements made by our honorees and to get together with our readers for networking. We also want our supporters to join us in closing this year and praying for a better 2010.”

BSN’s Annual Awards Dinner recognizes exemplary women and men who excel in their professions and serve as inspiration to the younger generation. This year’s Gala event will be held on Friday, November 20, 2009 from 6:30 PM to 11 PM at Midtown Loft, 267 Fifth Avenue, New York, N.Y., 10016.

The Awards Gala will include an Open Bar cocktail hour; dinner; musical entertainment by a live Jazz band.

Past BSN honorees have included Bill and Camille Cosby, for their philanthropy and very generous support of education. The theme for this year’s dinner is “Education, As the Key to Empowerment” and the honorees, including President Medgar Evers’ President Pollard, will make brief remarks highlighting education’s importance in determining their path.

Union leader Floyd will also speak on the challenges of protecting jobs and benefits in a recessionary environment.

Rev. Sharpton, Rep. Waters and Soledad O’Brien, CNN anchor and host of the widely celebrated series “Black In America,” and “Latino in America,” are featured speakers.

“I am honored to accept this year’s award for groundbreaking journalism,” Soledad O’Brien says. “I consider myself lucky to be able to do what I do – to shed light on those stories that need to be told. We received such extraordinary feedback after Black in America I, it was clear viewers had a great interest in the subject matter and that we needed a part II.”

O’Brien added: “Reporting for the Black in America series was an extremely rewarding experience for me personally. By highlighting issues throughout the black community and featuring successful community leaders who are improving the lives of African-Americans, I see the series as a starting point to generate dialogue about issues of race in this country that could lead to real change.”

BSN’s publisher spoke of the importance of recognizing young talent. “We honor Ajene Watson as a star on the rise,” Allimadi, noted, “He is a smart, innovative entrepreneur who is determined to leave his mark in the world of business. It is his professional achievements along with his advocacy for education that helped the Black Star News make the easy decision to select him as an honoree.” In January, Watson will be donating some much needed equipment to MS 390 in the Bronx, a school where his late mother taught for many years. “And he’s just getting started,” Allimadi added.

The Black Star News is a weekly newspaper, also found online at www.blackstarnews.com with a focus on news impacting general readership with emphasis on underserved communities, African Americans, as well as immigrants from the Caribbean and Africa.

Seed funding was provided by Bill and Camille Cosby in 1997. Having earned a reputation for investigative journalism, BSN has been featured in articles in The Wall Street Journal, The Daily News, The New York Post, Brill’s Content magazine, The New York Observer. The newspaper’s publisher was profiled on CNN financial news.

Publisher Allimadi believes in giving back to the community in whatever shape or form and teaches a basic reporting and writing class, Guerrilla Journalism 101, to the Harlem community for free, every Saturday from 12PM-1 PM. “I urge others in other professions to do the same,” he says.