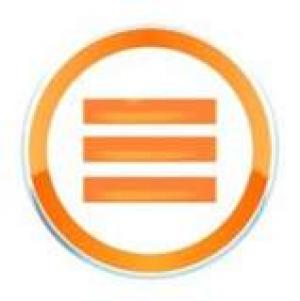 –Futuremark® Games Studio today revealed plans for the first content pack for Shattered Horizon™, their PC exclusive multiplayer first-person shooter. The “Moonrise” pack, which will be free to all players, includes four new levels effectively doubling the number of levels in the game. http://www.shatteredhorizon.com/

“Level design for zero gravity combat is a big challenge and we are looking forward to having real players help us create new experiences that cannot be found in other FPS games.”

In Shattered Horizon, a catastrophic explosion on the Moon has filled near-Earth space with billions of tons of rocky debris. Teams of players fight in zero gravity to control the limited supplies that mean the difference between survival and death in the cold of space. The Moonrise content pack includes four new levels set around the shattered Moon, taking the fight deeper into space and showing a new side to the conflict.

Although a release date for the Moonrise pack has not been announced, players who pre-ordered Shattered Horizon will be invited to start play-testing the new levels this week.

“Selected players will help us test the new Moonrise levels from a very early stage,” said Antti Summala, lead designer. “Level design for zero gravity combat is a big challenge and we are looking forward to having real players help us create new experiences that cannot be found in other FPS games.”

Shattered Horizon is the innovative first game from Futuremark Games Studio that immerses you in the cold reality of zero gravity combat in space.

* Experience intense zero gravity combat and complete freedom of movement. Use your rocket pack to fly freely through space then land on any surface.

* Join your friends in action-packed 32 player battles fighting to control hollowed-out asteroids, huge fragments of Moon rock and the ruined remains of the International Space Station.

Shattered Horizon requires DirectX 10, a DirectX 10 compatible video card, and Windows Vista or Windows 7. There is no support for Windows XP or DirectX 9. Suggested retail price: €19.95 / $19.95 / £14.95 Available now from Steam and the official website: http://www.shatteredhorizon.com/buynow

Futuremark® Games Studio, wholly owned by Futuremark® Corporation, was formed in January 2008 to create original games with new and entertaining gameplay. Shattered Horizon™ is the studio’s first self-published game. Shattered Horizon is rated Teen by the ESRB and 16+ by PEGI. The game carries the NVIDIA®: The Way It’s Meant To Be Played™ seal. Futuremark is based in Helsinki, Finland and maintains a sales office in Saratoga, California. For more information, please visit http://www.futuremark.com

© 2009 Futuremark® Corporation. Shattered Horizon™ and Futuremark® Games Studio trademarks and logos, Futuremark character names and distinctive likenesses, are the exclusive property of Futuremark Corporation. The names of other companies and products mentioned herein may be the trademarks of their respective owners.

Europe and rest of world: