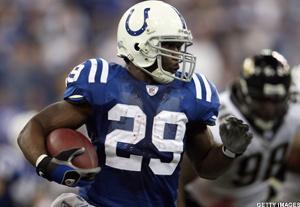 When we reach the halfway point of November, we have a pretty good idea about what every team in the NFL has to offer. No team is hiding their issues at this point in the season, so it figures that teams aren’t going to come up with a surprise performance. This week, we have some interesting lines to consider. There are some games that look a little bit too good to be true and when a game falls into that category, you better run the other way. Here are the top three nfl picks for this week.

The Redskins are banged up, they are struggling, and they haven’t shown any life on offense in quite a while. The Broncos have been one of the best stories in the NFL this year and they’ve only dropped two games. Somehow, the opening line had Denver dubbed as only 4.5 point chalk, though. If you’re a sharp bettor, then this line had to look pretty strange to you. Since we know that Vegas doesn’t just hand out free money, then you have to think that the lines makers are laying a giant trap with this line.

Since the line opened, most of the betting public has very predictably pounded the Denver line. You’d think the line would rise, but it’s dropped instead. This type of reverse line movement just screams home underdog in a league where home underdogs are usually a good bet.

But what do we know about this matchup? One thing we know is that Denver is coming off of a short week, having lost on Monday night at home to Pittsburgh. Another thing we know is that their short week will be made even worse by the fact that they have to travel all the way across the country for a 1PM tilt with the Skins. If you know anything about the NFL, then you know that teams don’t play well on a short week and western teams don’t play well early in the day when they come to the east coast. This one will be played at 11AM mountain time, so the Broncos will have a hard time adjusting. These things are too much to overcome, so this is a great spot to pound the Washington line.

The Green Bay Packers have been a major disappointment this season and it has everything to do with their inability to protect the quarterback. When presented with multiple chances to make some noise this season, the Pack hasn’t had anything for some better opponents. This time, they get the Cowboys at home and the line movement leads us to take the Cowboys in this game.

The line opened with the Packers being favored by one point, but the public has pounded the Cowboys. The line has moved a full four points and Dallas is now 3-point chalk. This heavy line movement tells us that Dallas is the pick, as the books are scrambling to cover their butts with all of the action on the Cowboys. It makes sense, too, given the way the two teams are playing. Even before the Packers dropped a game at Tampa Bay, they were struggling in a big way. They didn’t play well against Minnesota and they have been awful in other spots, too.

Meanwhile, the Cowboys have been putting together a nice little run of wins. After knocking off Atlanta, the Cowboys beat up on Seattle and jumped all over the Eagles on Sunday night. They really get after the QB with Demarcus Ware leading the way. That pressure will be too much to handle for the Packers and you should expect the Packers to struggle on offense. Meanwhile, the Cowboys are quietly getting better on offense. More options have stepped up to help Tony Romo and they’re starting to get healthy, too. This is a good spot to bet the Cowboys and the line movement just confirms it for us even more.

This is a game where we will rely upon line movement once again. When you are picking NFL games, you want to make sure that you keep in mind how the line movement interacts with the public betting trend. Here, the Colts opened as 2.5 point favorites at most places. That is a small number and people have jumped on the New England bandwagon. At current standing, they are picking up somewhere in the neighborhood of 70% of the public action. The interesting thing here is that the line has actually moved to Indy -3, meaning that we have a reverse line movement trend to follow. The books are liking the action on New England and they are actively trying to get more action on that side.

When the public is backing an underdog, it’s usually a loser. That is something that we have learned over the course of time and it works in this game as well. This is especially true when the public is backing a road underdog. The Colts are still undefeated and the Patriots are only 1-2 on the road this season. They have lost tough games at Denver and at New York, winning only the de facto road game in England against the lowly Tampa Bay Buccaneers.

The fact that New England still hasn’t beaten a quality opponent on the road should tell us something in this spot. With Peyton Manning looking better than ever with his football gloves, the past successes at home against the Patriots, and the strange line movement, it’s enough to give us a lot of confidence in the Indy pick. It is always a good thing when you’re on the same side as the sports books, because those guys win more than not when they lay a trap of this nature. Play this game like a sharp and bet the Colts to keep on rolling with their unblemished record.