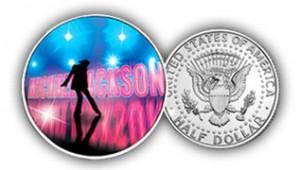 Jim Carrey in A Christmas Carol

It was a miserly start to the Holiday movie season as the high profile movie positioned to bring the most cheer, A Christmas Carol (2009), stumbled a bit out of the gate. Overall weekend business was off 14 percent from the same timeframe last year, when Madagascar: Escape 2 Africa landed, and was on the low end for early November.

Haunting approximately 6,500 screens at 3,683 sites, A Christmas Carol churned out an estimated $31 million, selling fewer tickets than Elf and The Santa Clause 2 and far fewer than star Jim Carrey’s last Christmas movie, How the Grinch Stole Christmas. On the other hand, Carol’s opening grossed more than The Polar Express, the previous performance-capture animated Christmas movie from director Robert Zemeckis that chugged strongly throughout the 2004 season despite its disappointing $23.3 million start, but that picture was muted by The Incredibles whereas Carol had no such direct competitor. According to distributor Walt Disney Pictures’ exit polling, 53 percent of Carol’s audience was female and 51 percent 25 years old and under, and the studio reported that 56 percent of moviegoers were parents and their children, 29 percent were couples and 15 percent were teenagers.

Beyond pitching Jim Carrey as Ebenezer Scrooge and highlighting that Robert Zemeckis also directed Back to the Future, Forrest Gump and The Polar Express, Carol’s primary selling point was its 3D thrill ride spin on Charles Dickens’ classic Christmas tale, and a whopping 74 percent of its gross came from its 2,045 3D presentations, which included an estimated $4.5 million at 181 IMAX sites. The marketing was dominated by rollercoaster scenes of Scrooge falling through the air and sliding around in his pajamas, rendered in the awkward real-yet-not-real performance capture style. But the campaign rested on its laurels in regards to story, assuming it was so well known that it wouldn’t need further set-up. In doing so, ads lacked the story’s resonant themes and emotional investment to get audiences excited again after the myriad previous adaptations.

Three other pictures opened nationwide to mixed results. The latest offbeat comedy featuring George Clooney, The Men Who Stare at Goats, drew a decent estimated $13.3 million on around 2,700 screens at 2,443 sites. That was better than Leatherheads and Confessions of a Dangerous Mind but less than Burn After Reading.

The Fourth Kind was the latest horror movie to exploit the “based on a true story” and found footage gimmicks, which led to a passable estimated $12.5 million on close to 2,600 screens at 2,527 sites. That was on par with One Missed Call and Fire in the Sky in terms of attendance. Distributor Universal Pictures’ research indicated that 55 percent of the audience was male and 61 percent was under 25 years old.

The Box pushed few buttons with an estimated $7.9 million on around 2,800 screens at 2,635 sites, which was sub-par even in the realm of trippy thrillers. The advertising relied on ominous imagery to flesh out the threadbare choice of the main characters (played by Cameron Diaz and James Marsden) to have an anonymous person die in order to receive a million dollars, instead of describing the story and characters.

On the other hand, Precious: Based on the Novel “Push” by Sapphire had a flashy start in limited release. The drama grossed an estimated $1.8 million at just 18 sites, averaging $100,000 per location. That ranks as the 12th biggest weekend average on record (unadjusted). According to distributor Lionsgate, 68 percent of the audience was female and around 50 percent was black.

Michael Jackson’s This Is It held relatively well and much better than the Hannah Montana concert, though admittedly there is no proper comparison available. The hyped rehearsal documentary dropped 40 percent to an estimated $14 million, lifting its total to $57.9 million in 12 days. Paranormal Activity collapsed 48 percent post-Halloween to an estimated $8.6 million, and the supernatural horror hit is on the cusp of the century mark with a $97.4 million tally in 45 days.

Meanwhile, Couples Retreat held up better than any other nationwide release, down less than one percent. The relationship comedy earned an estimated $6.4 million, and its total rose to $96 million in 31 days. Law Abiding Citizen also had a small decline, easing 17 percent to an estimated $6.2 million for a $60.9 million tally in 24 days, while Where the Wild Things Are and Astro Boy leveled off with sub-30 percent drops.

This Timeframe in Past Years: