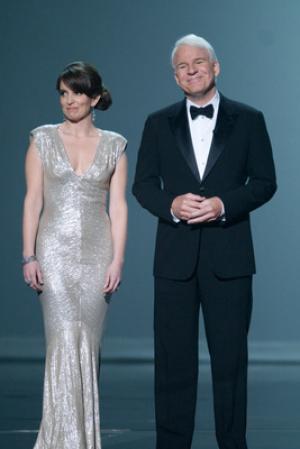 “We think the team of Steve and Alec are the perfect pair of hosts for the Oscars,” said Shankman and Mechanic. “Steve will bring the experience of having hosted the show in the past and Alec will be a completely fresh personality for this event.”

“I am happy to co-host the Oscars with my enemy Alec Baldwin,” said Martin.

“I don’t play the banjo but I’m thrilled to be hosting the Oscars – it’s the opportunity of a lifetime,” said Baldwin.

Martin hosted the 73rd and 75th Academy Awards shows, earning an Emmy nomination for the first stint. He has also served as a presenter on the show several times, most recently at the ceremony in February when he appeared with Tina Fey. He is currently touring with the bluegrass band Steep Canyon Rangers in support of his latest album “The Crow: New Songs for the Five String Banjo.” In 1977 and 1978 Martin won Grammys for Best Comedy Recording. He earned a third Grammy in 2001 in the Best Country Instrumental Performance category. In 2007 Martin earned a Kennedy Center Honor.

Baldwin was nominated for an Academy Award in 2003 for his supporting role in “The Cooler.” That year also marked his most recent appearance as a presenter on the show. Baldwin currently stars as Jack Donaghy on the comedy “30 Rock,” a role for which he has won two Emmys (in 2008 and 2009). Baldwin earned a Tony nomination in 1992 for his performance in “A Streetcar Named Desire.”