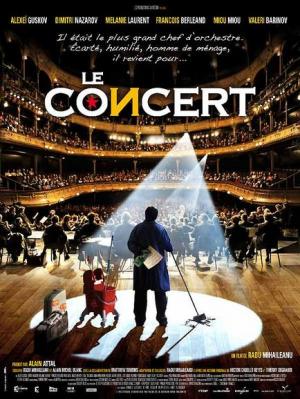 With so many film festivals, Montreal’s cinephiles are never bored. When one event ends, another is already well on its way. The Nouveau Cinema festival closed less than two weeks ago, and Cinéma Impérial is getting ready to re-open its doors for the next big filmic event. A ten-day celebration of francophone cinema will begin on November 5th; the 15th edition of the Cinemania French Film Festival will present almost 40 French-language films (with English subtitles), until its closure on November 15th.

On opening night, Cinéma Impérial will host the North American premiere of French director Emmanuel Mouret’s latest film entitled Fais-moi plaisir (Please Please Me). This should give a humorous start to the festival. Mouret is perceived as the Woody Allen of the European world: he writes, directs and plays the main parts in his films, and the characters he interprets are always very hesitant, clumsy and timid, although they have a way with the ladies. Sound familiar? The humor he exploits is based on awkward moments, uneasy silences, and absurd love chains and triangles. Emmanuel Mouret will be present on opening night to introduce Fais-moi plaisir, starring Mouret himself alongside Judith Godrèche, Frédérique Bel and Déborah François. The film tells the outrageous tale of a confused man whose girlfriend demands that he sleep with his music student to rid himself of his obsession over her.

Le concert (The Concert), a France / Belgium / Italy / Romania co-production, written and directed by Radu Mihaileanu, was chosen to close Cinemania on the evening of November 15th. The director will be in attendance at the ceremony to present his film. Three of Mihaileanu’s movies have already screened at Cinemania, including Va, vis et deviens (Live and Become), which opened the 2005 edition of this festival. Le concert, starring Aleksei Guskov, Mélanie Laurent, François Berléand and Miou-Miou, tells the story of Andrei Filipov, prodigy conductor of the Bolshoi Orchestra, who was fired for refusing to rid his orchestra of its Jewish musicians.

The internationally renowned Greece-born French director Constantin Costa-Gavras will also be present to celebrate Cinemania’s 15th Anniversary by introducing the North American premiere of his latest film Eden à l’ouest (Eden Is West), a France / Italie / Greece co-production starring Riccardo Scamarcio, Juliane Koelhler, Ulrich Tukur, Eric Caravaca and Anny Duperey. Inspired by The Odyssey as well as by his own life’s journey, Costa-Gavras’ road movie centers on a man’s perilous quest, as he crosses lands in search for a home. Eden à l’ouest was the closing film at the 2009 Berlin Film Festival, and won the Critics Award at the ColCoa Film Festival in Los Angeles. Then, On Saturday the 14th, the legendary director will present the re-mastered 35mm screening of his all-time political classic Z (1969), starring Yves Montand, Jean-Louis Trintignant, Irène Papas and Jacques Perrin, for the 40th anniversary of this Cannes-Jury-Prize winning masterpiece. Costa-Gavras will also lead a Cinema Master Class, during which the audience will be able to dialogue with the celebrated filmmaker.

For more information about Cinemania, www.cinemaniafilmfestival.com offers a full schedule of the screenings as well as details and summaries for every film.