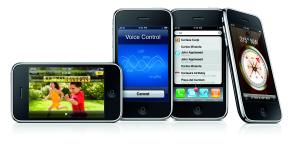 According to many industry experts, spam, viruses, hackers, and a host of malware could be coming to your smartphone soon. With the huge rise in popularity of the iPhone, Blackberry, Palm, and other devices, smartphones are quickly becoming an attractive target for spammers and hackers.

According to CNN.com, worldwide smartphone sales have increased by 13.9% in the last two years. Furthermore, where once smartphones were used primarily for voice calls, text messages, and emails, today an increasing number of users freely surf the web, download, pay bills, and more from their devices.

User behavior is falling inline with the PC, without, for the most part, the same security precautions.

So, the same bugs that we are used to seeing, and protecting ourselves from, on our desk and laptops are likely to soon be found on our phones, along with some device-specific bugs.

However, amongst the doom and gloom, there is some good news. It is, overall, more difficult to launch a large-scale, widespread, smartphone attack. Unlike a PC, which runs primarily on the Windows operating system, each smartphone operates on its own system. As well, unlike email addresses, there is no large database of phone numbers, never mind smartphone numbers, available to spammers.

To date, the biggest threat remains theft. But, as users use their device to do more, there is not only more personal data that can be gathered from the device, but also more valuable data available.

Therefore, most experts advise, security measures should be taken to protect your personal data—passwords, security updates, and careful consideration of how you use your smartphone. Smartphones should be looked after like a computer, not a phone.

Some information for this report provided by CNN.com