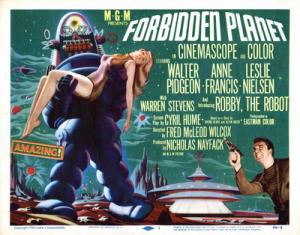 11
SHARES
ShareTweetShareShare
— Exploring the art and technology of sound in motion pictures and the vital role it plays in shaping horror films, the Academy of Motion Picture Arts and Sciences will present “The Sound behind the Image III: Real Horrorshow!,” on Thursday, October 29, at 7:30 p.m. at the Academy’s Samuel Goldwyn Theater in Beverly Hills.

Presented by the Academy’s Science and Technology Council, the event will be hosted by Oscar®-winning supervising sound editor David E. Stone, and will feature film clips tracing the evolution of sound in horror films from the pre-sound era of “The Phantom of the Opera” (1925) through such films of the digital age as “The Blair Witch Project” (1999) and “Cloverfield” (2008).

Vanessa Theme Ament, foley artist, teacher and author (The Foley Grail) will take the stage to present the work of master foley artist John Post, who in his work on such films as John Carpenter’s “The Thing” (1982), and in his role as trainer/mentor to other foley artists, influenced the way sound effects are created for horror films today and helped make foley a respected and necessary part of every horror soundtrack.

Tickets to “The Sound behind the Image III: Real Horrorshow!,” are $5 for the general public and $3 for Academy members and students with a valid ID.

Tickets are available for purchase by mail, at the Academy box office (8949 Wilshire Boulevard, Monday through Friday, 9 a.m. to 5 p.m.), or online at www.oscars.org. Doors open one hour prior to the event. All seating is unreserved.

The Samuel Goldwyn Theater is located at the 8949 Wilshire Boulevard in Beverly Hills. For more information call (310) 247-3600 or visit www.oscars.org.