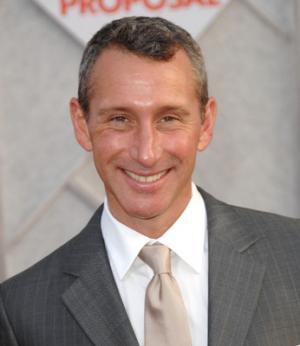 Bill Mechanic and Adam Shankman will produce the 82nd Academy Awards® telecast, Academy of Motion Picture Arts and Sciences President Tom Sherak announced today. This will be the first major Oscar show involvement for both men.

“I couldn’t be happier to have this talented team on board,” said Sherak. “I’ve known Bill for many years so it’s like putting Oscar in the care of a dear friend. Bill has a tremendous love and respect of film and will draw from his vast experience as a producer, a studio executive and a film historian to help make this year’s Oscar telecast a memorable one. And Adam’s experience in producing, directing and especially choreography will be a huge asset to the production.”

“I’m thrilled to be producing the Oscars with Adam,” said Mechanic. “I think Adam has the perfect background and spirit to make the show both unique and fun to watch. Together we will build upon the best traditions from the great shows of the past while helping pave the way to the future.”

“The last time I was on the show was as a dancer, and to come back as a producer is such an unbelievable honor,” said Shankman. “I look forward to collaborating with Bill to celebrate the world’s collective love of movies and provide a fun escape from the difficult times we’re living in. Simply put, there is no show like the Oscars and I am thrilled to be a part of our industry’s most treasured tradition.”

Mechanic is the chairman and CEO of Pandemonium Films and the former chairman and CEO of Fox Filmed Entertainment. While at Fox, the studio released titles including “True Lies” (1994), “Braveheart” (1995), “Titanic” (1997), “The Full Monty” (1997), “There’s Something About Mary” (1998), “Boys Don’t Cry” (1999) and “Cast Away” (2000) among many others. Prior to Fox, he served in executive positions at the Walt Disney Company and Paramount. Mechanic’s producer credits include this year’s animated feature “Coraline” and the thriller “Dark Water” (2005).

Shankman’s directorial credits include “Bedtime Stories” (2008), “Hairspray” (2007), “A Walk To Remember” (2002) and “The Wedding Planner” (2001). His upcoming projects include “Rock of Ages,” “Sinbad,” “Bob: The Musical” and “Bye Bye Birdie.” In addition to directing, Shankman, along with his sister, Jennifer Gibgot, produce films through their shingle, Offspring Entertainment. Together they are currently producing “The Last Song,” “Going The Distance” and “Step Up 3D,” all set for 2010 release.